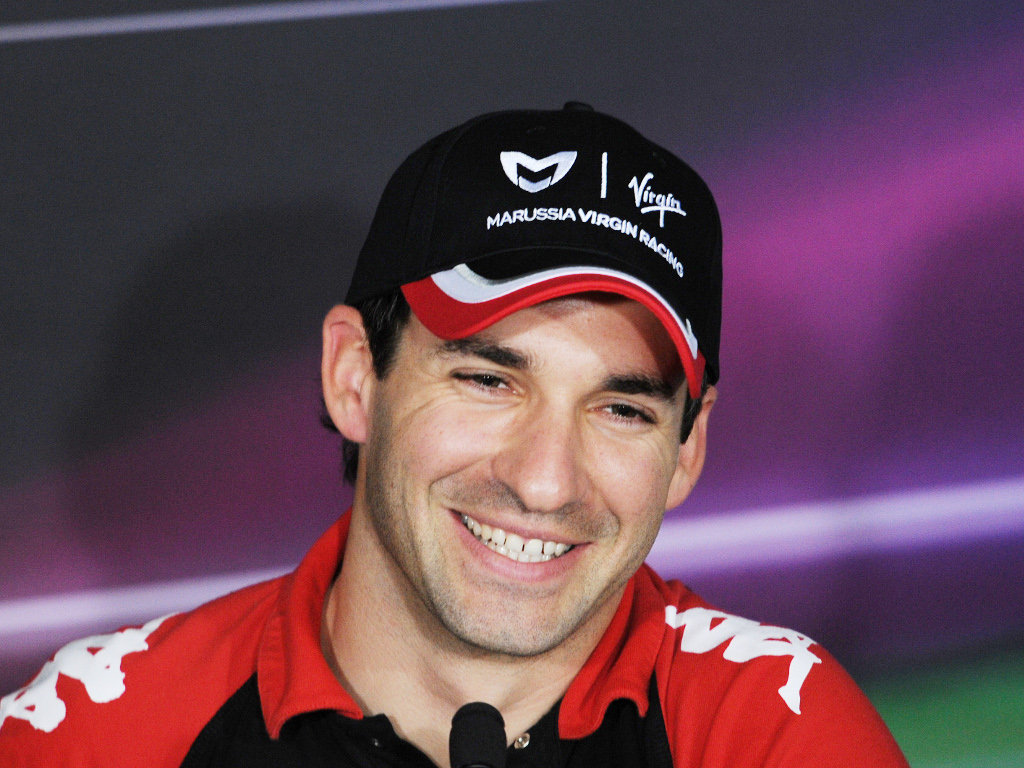 Timo Glock’s move to Virgin Racing may not have yielded a single point in the first two years but the German is still hoping it’s his chance to build something great.

Glock first entered Formula One in 2004 when he tested for the Jordan outfit. As the team’s official third and reserve driver, he was handed the opportunity to race at the Canadian GP as Giorgio Pantano’s replacement.

The German clinched 11th place in the grand prix but was later promoted to P7 when both the Toyotas and Williams were disqualified. That resulted earned Glock and Jordan two World Championship points.

He was again called up to compete in the final three races of the season, although failed to score another World Championship point, finishing all three events P15.

In 2005, Glock shifted his racing career to the United States, racing in the Champ Car World Series with Rocketsports team. His best finish of the year was a second place finish at the Circuit Gilles Villeneuve in Montreal. He went on to finish 8th in the final season points standings and win Champ Car World Series Rookie of the Year honors.

The following year Timo moved to the GP2 series. He started the series with the midfield BCN Competicion team, gaining average results. However, a mid-season move to the front-running iSport team proved conducive and after a series of impressive results he finished 4th in the final classification.

Staying with iSport in 2007, Glock clinched the title after winning one feature and four sprint races.

The German’s performances earned him a three-year contract with Toyota, which started in 2008 when he partnered Jarno Trulli. And although his team-mate got the better of him at the start of the campaign, so much so that there were questions hanging over Glock’s future, the German soon came to the fore, even bagging a second-placed finish at his home race.

His good run continued through to the end of the season with him collecting four points finishes in the final seven races, which resulted in Toyota confirming him for the 2009 campaign.

The season started on a high note for Toyota and Glock, with signs that a race win could be on the cards for the team that opted to start the Championship with the controversial double-decker diffuser. However, they weren’t able to put the advantage to good use and with other teams adopted the diffuser design, Toyota once again found themselves a mid-field team.

But even that didn’t last for long as Toyota’s form continued to slump. Points were hard to come by in the middle part of the season before a huge accident in qualifying for the Japanese GP put Glock out for the rest of the season.

Sitting on the sidelines the German learnt of Toyota’s decision not to continue in F1, leaving him without a race-seat for the 2010 Championship. And with top seats going quickly, Glock eventually signed with newcomers Virgin Racing.

Backed by Richard Branson’s millions, a great deal was expected of Virgin Racing, although the team failed to deliver. In fact, their V01 didn’t even start the season with a fuel tank big enough to finish a grand prix distance. And that was just the start of Virgin’s errors!

The team’s 2010 challenger suffered failure after failure, many hydraulic related, and proved to be the worst of the newcomers’ cars. Glock retired from eight grand prix, did not start in China and had a best result of P14 in Japan – and he was the better out of himself and team-mate Lucas di Grassi.

It was a dismal start to his time at Virgin and didn’t do much at all for Glock’s creditably, which could explain why he decided to spend another season with the team.

The 2011 season, though, was pretty much a repeat of 2010 as Virgin struggled to make headway. Although he managed a P15 at the Italian Grand Prix and the retirements dropped to six, it was still a dismal showing from Virgin. Of the drivers who had a race seat for the whole season, he finished last as his team-mate Jerome d’Ambrosia managed a P14.

Glock’s experience, though, counted heavily in his favour when the team decided to pair him with rookie Charles Pic in the 2012 season.