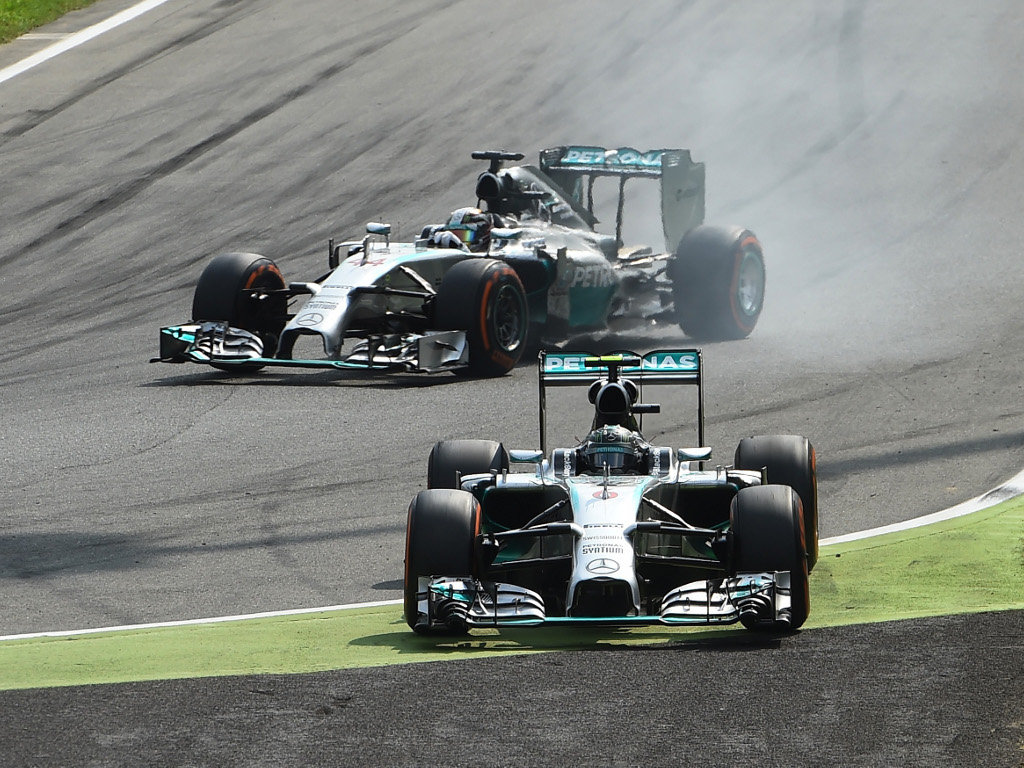 Twice this season Lewis Hamilton has accused Nico Rosberg of deliberately making a mistake. That was before the Italian Grand Prix so does his Monza error make it three…?

Racing for the victory on Sunday, Hamilton was closing in on Rosberg when the German ran off the track at the first chicane – Variante del Rettifilio.

Working his way around the bollards that prevent drivers from straight-lining the chicane, Rosberg re-emerged in second place with Hamilton in the lead, a position he retained all the way through to the chequered flag.

Almost immediately, Mercedes were besieged by questions about whether Rosberg’s error was deliberate, payback for crashing into Hamilton at the previous race in Belgium. Perhaps even a way to pay off his alleged six-figure fine.

Toto Wolff laughed off the mere suggestion. “Only a paranoid mind could come up with such an idea,” he said.

However, if there is one thing many Formula 1 fans have, it is a paranoid mind.

Following the grand prix the debate raged in the PlanetF1 office where it was pointed out that Rosberg’s lead-changing error was not his first of the grand prix as earlier he had made the exact same mistake.

That, though, could be seen as a dress rehearsal, practice for perfecting the mishap…

Or it could be a simple mistake repeated twice.

Some would say TV shots of the Mercedes motorsport boss smiling in the aftermath are proof enough that it was a deliberate off.

However, in response to that suggestion Wolff said: “Whoever picks that up and tries to interpret such a picture must be out of his mind.

“First of all, it’s not live. So whenever the camera is pointing at you, the signal comes later. It wasn’t synchronised with the picture.

“I feel like Big Brother is watching you, so maybe I will hide in the engineering office next time!

“There was a smile. I think it was when the two were close to each other, or closing up on each other. It was a smile for ‘here we go again’, a close battle.”