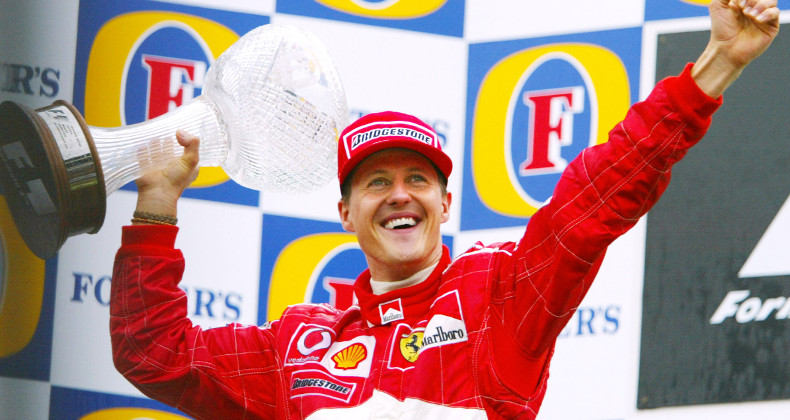 Formula One Racing has long been one of the favourite sports of the people who love to enjoy the adrenaline rush the sport can provide. When it comes to those adrenaline junkies, they love to get on their toes and watch their favourite car zoom away while competing with their folks on the racing track.

Great speed along with the use of best in class technologies and design has taken the F1 race completely to a new level. The F1 drivers are completely fearless and risk their life to reach the finishing line, while hitting and smashing anything that gets their way. It is their style and risk taking capability that attracts thousands of viewers for the races.

So here I am with the top F1 drivers of all-time, who managed to win the hearts of all F1 lovers.

Ayrton Senna da Silva – Brazilian F1 racer, entered the F1 racing world in 1984 by making his debut at the Brazilian Grand Prix. He was the fastest of the other drivers on the track during the 90s. It was in the year 1988, he managed to make the first victory of his career by winning the title of Formula One World season in 1988 at the 39th season. Then again, he managed to win the title for the second time in 1990 and third time in 1991 at FIA F1 racing. Senna got on the track for the last time in 1993 during the Australian Grand Prix where he died after an unfortunate accident.

Michael Schumacher who used to be the heartthrob of millions retired from F1 racing as German F1 racer. This billionaire made it to the 7th position during the Belgian Grand Prix in 1991. Then it was in 1992, that he managed to win the title of Divers’ championship at Belgian Grand Prix for the first time. It was during the Chinese Grand Prix of 2006 that he won his last race. He got on the track for the last time in 2012 where he finished his race at the 14th position at the Brazilian Grand Prix. During the years, he had managed to win 91 races and is one of the great drivers of all time.

Manuel Fangio an Argentinian F1 racer is considered as the greatest world champion in the F1 world. He started his career with a win when he won the Grand Prix International Championship in the year 1938. Again, he has won the Argentine Grand Prix four times and is the only driver to do so.

Jackie Stewart who was one of the greatest Scotland F1 drivers made his debut in the racing world at South African Grand Prix and managed to get the 6th position. He even managed to get the World driver, Championships for the first time at the Italian Grand Prix in the same year. Later, he won the Grand Prix Championships thrice. He won the international title for the last time during the German Grand Prix in 1973. He had an amazing career and was listed at the fifth position among the 50 greatest F1 drivers of all time in the year 2009.

When we look at the racing career of Stirling Moss the former English F1 racer, he had no World Championship record to brag off. He had participated in 67 international races by teaming up with Vanwall, Mercedes-Benz and Maserati during his career, from 1951-1961. He won his first international title at the British Grand Prix in 1955. During his career he had managed to win 16 Grand Prix, 24 podiums, 16 pole points and 186 career points. In 1962 he met with a fatal accident during the Glover Trophy and that was the end of his racing career.

If we go through the list of F1 racers most of them had tragic deaths or had to face fatal accidents on the racing tracks, which made them leave racing forever. Then again, it is the courage and unstoppable nature of the racers which gave them the iron heart to take risks and win the hearts and championships – both at the same time.

Author: Henry Veno is a content marketer at VoucherShops, a leading online vouchers providing website. He is a thought leader in the realm of content marketing and strategy and relishes indicting about Technology, Marketing & perpetual Industry trends. He’s a techy geek and loves to explore latest happenings.