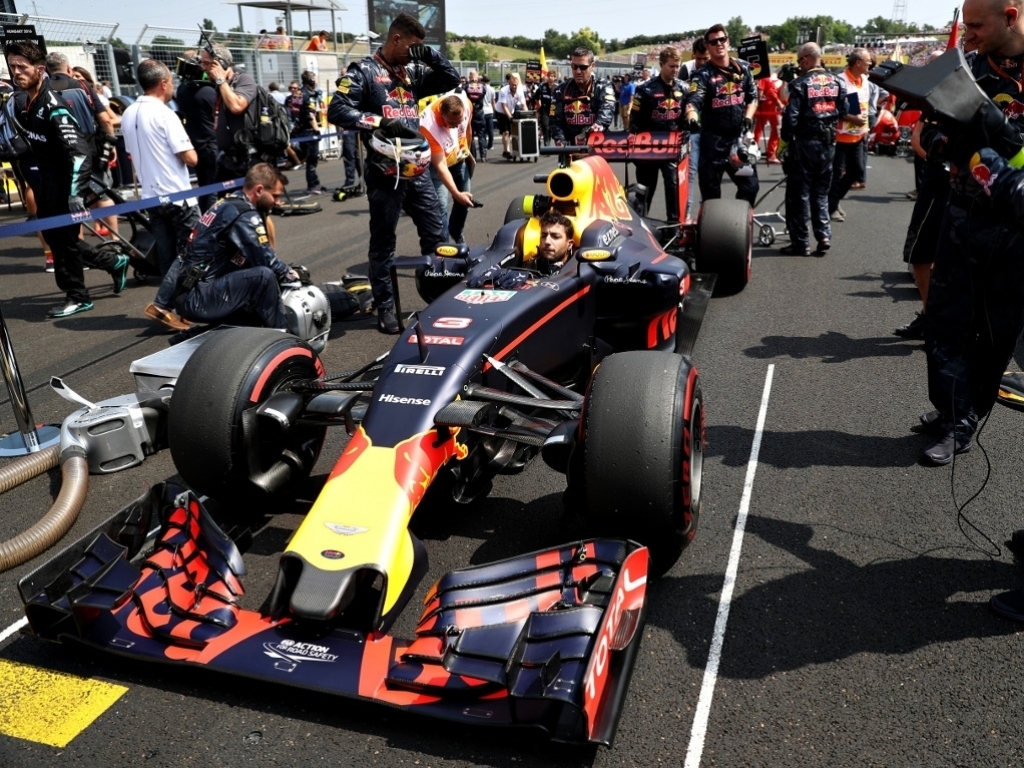 If you love Formula 1 more than anything else in the world, chances are that racing and just a general draw to the automotive sports are also part of your daily life.

No matter who you support in the Grand Prix circuit or which team you simply can’t stand, it’s likely that you have that competitive edge that makes you the perfect candidate to try out mobile gambling.

If you’ve not experienced the exciting world of online and mobile gambling before, it has been going strong for more than a decade. Nowadays, online casinos are a treasure trove for all sorts of fun, betting and winning actual money. We thought there’d be no better introduction to mobile gambling on our site than presenting to you the best four racing themed slots that could ease you into the world of online gambling. It’s a lucrative hobby, with jackpots, bonuses and promotions!

1. Drive: Multiplier Mayhem
An online and mobile slot by the software development power-house called NetEnt, we had to mention Drive: Multiplier Mayhem right away. That’s because it must be one of the absolute best choices out there when it comes to choosing a racing themed slot you might need. It came out quite recently and it has already garnered quite a following.
As AndroidSlots put it, it’s darn night theme with the car in the background appearing to be racing down a dimly lit highway is what captures hearts of players. And the minds of them are captivated by the fact that from just 15 coins per spin (up to a maximum of 75 coins), you could lay your hands on a massive 383,175 win that could see you buy yourself a brand new set of wheels too!
The theme is further developed in Drive: Multiplier Mayhem’s feature round, where it’s a showdown between you and other race drivers of increasing difficulty. Free spins are awarded at the beginning of the race and you’ll be collecting nitro meters to advance in levels. The higher the level you reach, the bigger rewards you’ll reap – from extra free spins to more wilds, and subsequently larger wins.

2. Highway Kings
When we’re cruising, probably all of us like to imagine ourselves as kings of the highway – everyone should yield to us! Well, the reality of safe driving is quite different, but you can pretend you’re a truck driver and get going on the Highway Kings slot, which features five reels and nine paylines to garner yourself some hefty wins.

In many ways, it’s a simple online slot, as the design isn’t overly ambitious and the reels are quite plain, with symbols of tyres, cans of petrol and dice. The outside of the reels are adorned with giant American style trucks and the payline numbers are clearly indicated on either side. You can easily adjust the bet size in the control panel below, betting anywhere from 9p to £45 per go

Players should also know that unlike the vast majority of other online and mobile slots, Highway Kings don’t offer any features, as if being a truck driver was a bonus in itself! However, because of that, you can certainly expect loads of bigger than usual in-game wins. For example, a win that’s 100x your bet is not unseen of on Highway Kings and happens regularly. Yet, you’ll have to chase the jackpot that is produced by getting five red trucks on your reels, yielding a massive 10,000x multiplier to your stake!

3. Formula X
While the other games on our list are tangentially connected to the theme of F1, this slot game is exactly about Formula 1. The motorsport theme is prevalent throughout, from the very name, to the gameplay and even the audiovisual effects and graphics. If you live and breathe Formula 1 and aren’t interested in any variations of the racing world, this will be just the ticket for you!

We sure hope that you’re ready to race towards the chequered line on this five reel slot, which is not only packed with interesting features, but also has got three progressive jackpots to boot too! Just keep in mind that you’ll need to be playing all 25 paylines to race to the jackpot finish, which means a minimum bet of 25p.

This game won’t hit the spot if you’re looking for an ultra-modern take on the game, but is the ideal entertainment machine for all those who have a soft-spot for a bit of retro. A red cap, an impact gun, a driver’s helmet and even a trophy all appear on the reels to make the game as authentic as possible. However, they are all designed in a cartoonish way and are quite flat, but don’t fail to bring the thrill!

4. Rally
Straying away from the elegance of the sleek and slender Formula 1 cars, the Rally slot introduces its players to the concept of monster trucks. The dirt, the mud and the car damage is tremendous, as are the squeals of the breaks, the roars of the car engines and the burning rubber of the tyres – it’s a hugely exciting slot that could see you entertained for hours!

Leander games, the developers behind this killer slot have included no free spins into the mix, but they’ve done something way, way better. There’s an extensive rally bonus round, where players must complete 13 legs to get to the grand prize, all while dodging obstacles and minimising the damage to your car. If your car damage reaches 100%, your bonus feature ends, but you can resume at the same spot during your next go.

In addition to all that, there are also the Wilds that you will encounter in the Rally slot, which will substitute for any other symbol except the Scatter and the Bonus symbol. Take the opportunity to collect as many Wilds as possible, as they will considerably boost your take-home winnings. So jump right into the Rally slot, feel the wind in your hair and enjoy the brilliant soundtrack too, all while scoring some lofty wins!

So there you have it – our ultimate list of the top four racing slots that all F1 aficionados could check out. They’ve got the thrill, the speed and the excitement that the Grand Prix races offer too and we think that when you throw in a chance to win some big money, you’ll be all ‘go’ about these slots yourself!