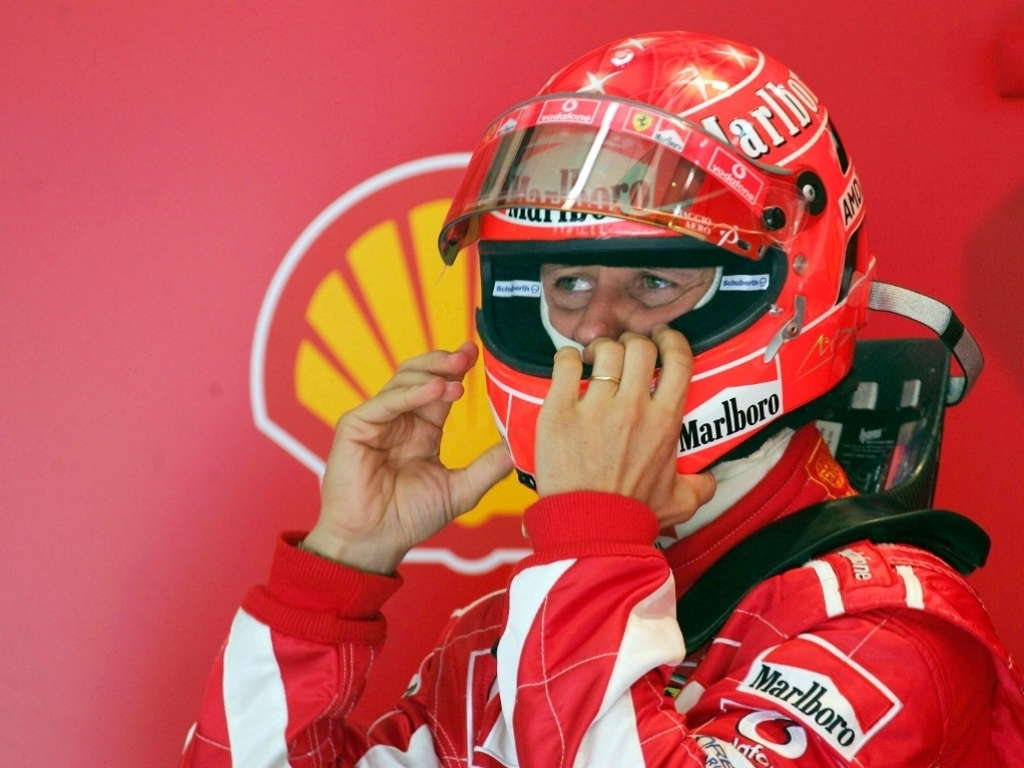 Sebastian Vettel says he wants to "repeat the magic of the past" with Ferrari, thus booking his place amongst some of the greatest drivers to have raced for the Scuderia. But just who is the greatest…

10 Jose Froilan Gonzalez
Gonzalez may have claimed just two F1 wins as a Ferrari driver but El Cabezón has a place in the Scuderia's history that can never be overshadowed: he was their very first winner.

In 1951, the second year of the F1 World Championship, driving a Ferrari 375, he took the chequered flag at the British Grand Prix by 51 seconds ahead of Juan Manuel Fangio and in doing so marked his place in F1 history.

Three years later he again won the British GP while that same year he was victorious in the Le Mans 24 Hours racing a Ferrari 375 Plus.

9 Phil Hill
It took Phil Hill three years to win his first Formula 1 grand prix with Ferrari but that sparked a brilliant run for the American who won his first and only World title the following year, 1961.

However, he was never able to reach those heights again so what makes him a Ferrari great? It was his efforts their Le Mans campaigns, with wins in 1958, 1961 and 1962.

8 Jacky Ickx
Two stints at Ferrari, 54 starts and six race wins. It may not be the most epic record but Ickx always knew how to excite on a race track, especially in the wet and at the Nurburgring, considered one of the more dangerous tracks by the drivers.

He challenged for the title in 1970, winning three of the last five races, but it was not be. He finished second to Jochen Rindt (the only driver to win the World title posthumously).

7 John Surtees
To this day, 1964 F1 World Champion John Surtees is the only driver to win a Championship title on two wheels and on four.

Swapping from motorcycle racing, where he won four 500cc crowns, the Brit moved into F1 and three years later joined Ferrari. A win in his first season saw him hailed as a star while the World title in his second saw him make motor racing history.

Despite a horrific accident in 1965 – a sports car crash – he fought back from his injuries to continue in F1. He won his final race for Ferrari, the 1966 Belgian GP, after surviving the first lap carnage caused by a heavy rainstorm. He went on to finish P2 that season but did so as a Cooper driver.

6 Fernando Alonso
Eleven race wins, four pole positions, eight fastest laps and a total of 44 podium finishes and yet not one World title. He did, however, have three near misses as he was runner-up in 2010, 2012 and again in 2013.

The stats undoubtedly put the Spaniard right up there as one of the best drivers to have raced for Ferrari but, unfortunately for him, his stint with the Scuderia coincided with the rise of Sebastian Vettel and Red Bull Racing.

A popular character both in the paddock and with the fans, Gilles was loved for his speed and his tenacity with many confident it was only a matter of time before he won that elusive first title.

It never happened. He was killed in a crash during qualifying for the 1982 Belgian Grand Prix at Zolder.

4 Juan Manuel Fangio
Although Juan Manuel Fangio spent just one season with Ferrari, it was a memorable one behind the wheel of the Lancia-Ferrari D50. He claimed five podiums, two of which were race victories, and the Drivers' Championship.

It was the fourth of Fangio's fifth titles and went a long way towards cementing his place as one of the greatest drivers to ever race in Formula 1.

3 Niki Lauda
Niki Lauda's legacy is one that goes beyond Ferrari, however, it was while he was racing for the Italian outfit that it began.

Winning his first World title with the Scuderia in 1975, Lauda's title defence was derailed when he suffered horrific injuries in a crash at the 1976 German GP.

It was his fight back that sealed his position as a F1 great as he not only finished out the season but he won a second title a year later.

His epic feud with James Hunt is the stuff of fables (and movies) while his 1984 title means he is one of only two 'modern day' drivers to come out of retirement to win the ultimate prize.

2 Alberto Ascari
To this day Alberto Ascari remains the only Italian to win a F1 Drivers' crown with Italy's greatest marque – and he did it twice.

Ascari was Ferrari's first-ever World Champion, winning the title in 1952. He followed that up with another crown a year later. That makes him one of only two drivers to win back-to-back titles with Ferrari.

Throw in 13 race wins and 14 pole positions and you have a driver who was prolific in a time when F1 was at its most dangerous.

1 Michael Schumacher
Michael Schumacher is statistically the greatest driver to have ever raced in Formula 1. Love him or hate him – few sit on the fence when it comes to Schumi – his numbers in the sport are incredible. And most were achieved while racing for Ferrari.

The German joined the Italian stable in 1996 at a time when they were putting together a dream team that included Rory Byrne, Ross Brawn, Jean Todt and, of course, Schumi.

Winning 72 races, 58 pole positions and 53 fastest laps, Schumacher claimed five World titles with Ferrari – and in succession. It was the most dominant display F1 has ever seen and saw him set records that many believe will never be broken.

Michael Schumacher is the best driver Ferrari has ever had.