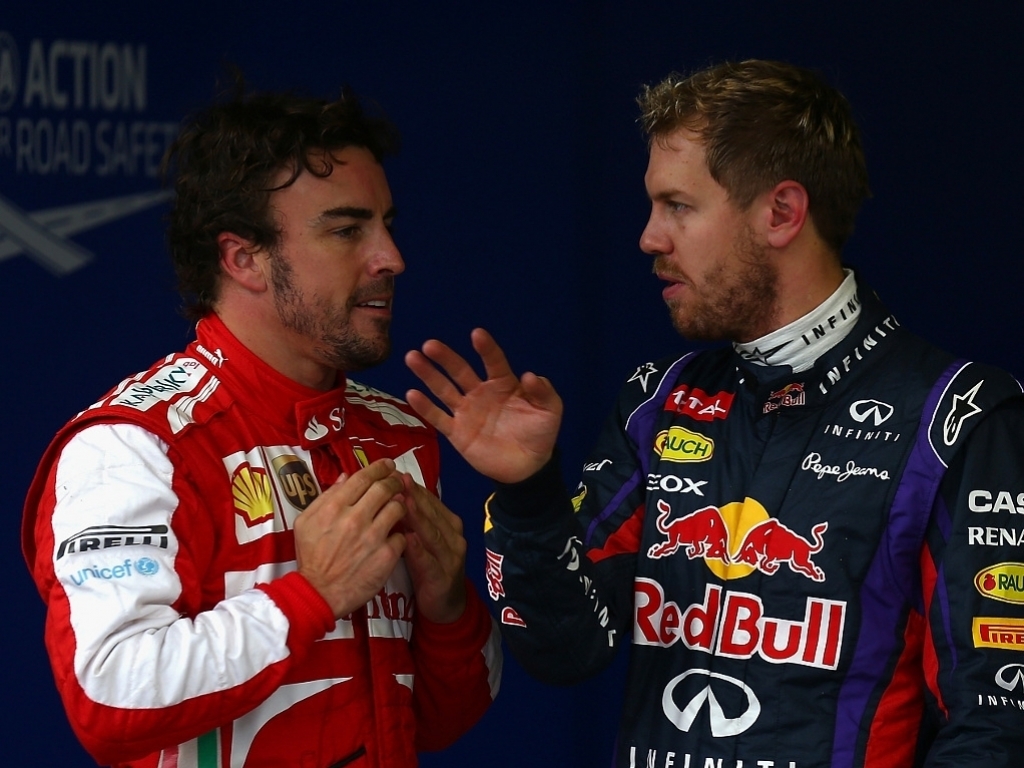 With the car launches well under way,  it will soon be time for the teams to line up at the pre-season tests at Jerez. Drivers and technical staff have been moving between the teams over winter. Some of the announcements were signalled as early as September last year – others have come much later. PF1 looks at the most significant team swaps (and one FIA change) that will affect the grid in 2015.

1. Alonso to McLaren-Honda
The greatest driver of his generation, the single-minded, most utterly focused talent on the grid has been lured away from Ferrari, the team he said he wanted to end his career with. The earth shifted when it was finally confirmed that Alonso would be reunited with Ron Dennis, a man he effectively handed a bill of $100m to after the Spygate revelations.

2.Maurizio Arrivabene to Ferrari
2014 was the year when F1 emulated European football with the Scuderia sacking their manager, appointing another, and then sacking him as well. Such is the desire of Fiat/Ferrari boss Sergio Marchionne to put Ferrari back on top that unheralded changes were made. His promotion of North American roadcar chief  Marco Mattiacci to replace Stefano Domenicali was clearly a mistake and before Marco could put his stamp on the team in came Arrivabene. It may well be that Marco's inability to persuade Red Bull designer Adrian Newey to cross the channel, and his loss of Alonso, were his major flaws. Arrivabene has come in waving the cheque book and a lot more influence in the paddock. (See below)

3.Vettel to Ferrari
If they couldn't have Alonso or Hamilton, the next best thing for Ferrari would be to have a four-times World Champion. With two on their books now, they have the speed and experience to develop a championship winning car. Vettel's reputation is in the balance now having been thoroughly beaten by Daniel Ricciardo last year, and he will want to exert the same kind of dominance over Raikkonen as Alonso did in 2014. And it won't be easy.

4. Peter Prodromou to McLaren
Red Bull's aero chief rejoined McLaren's design department last autumn in the role of chief engineer. Peter previously worked for McLaren between 1991 and 2006, but worked hand-in-glove with Adrian Newey in the successful Red Bull years up until 2014 (and presumably, worked hand-in-glove with Adrian throughout his previous McLaren tenure as well). He will have had a significant input into the MP4-30, which needs to hit the ground at speed to reassure Honda.

5.Max Verstappen to Torro Rosso
He is the driver who made the FIA change the rules. After wunderkind Max Verstappen's sudden elevation to the ranks of F1 drivers, the sport's governing body decided that getting to F1 was too easy. (And also, that driving F1 cars is too easy). So they've pulled up the ladder on easy access to a superlicence. Big things have been predicted of Max in his first season, so there is unenviable pressure on him right from the start. It's probably better to be like Kvyat and surprise the paddock than come in with a weight of expectation. He has the driving ability, it's now up to his dad and his management to control the peripheral pressures.

6.Bob Bell and Jock Clear to Ferrari
As part of the new Arrivabene cheque book/broom, members of the all-conquering Mercedes team are donning red this year. Jock Clear obviously got fed up with Brackley having been at BAR-Honda with Jacques Villeneuve from the beginning, through to the Mercedes team, and has now left for a role at the Scuderia under James Allison. Former Renault/Enstone man Bob Bell, was one of the many technical directors gathered by the Silver Arrows, and he'll be off to join up with Allison from March of 2015.

7. Tombazis and Fry exit Ferrari
Ferrari's engineering director  Pat Fry and chief designer Nikolas Tombazis  are the major casualties of the Arrivabene re-shuffle. Though presumably with the new SF15-T already designed over the course of 2014, an immediate return to form is going to be hard.

8.Daniil Kvyat to Red Bull
The Kvyat and Ricciardo combination for Red Bull in 2015 is the apotheosis of the Red Bull staircase of talent. As soon as Christian Horner announced that Seb was leaving, it was obvious who was going to be partnering the honey badger. Kvyat gave Jean-Eric Vergne a hard time in 2014 and JEV was not far off Daniel Ricciardo's level in 2013. It's going to be one of the big team-mate  battles of 2015.

9.Marcus Ericsson to Sauber
Significant if only for the fact that Sauber , having taken on rookie Felipe Nasr, will have drivers with experience of 17 grands prix between them.

10.Stefano Domenicali to FIA's Single Seater Commission
Previous appointee Gerhard Berger had long bemoaned the fact that the structure of the junior formulae didn't make sense. Berger's resignation in 2014 has allowed former Ferrari team boss Stefano Domenicali to take control and oversee the launch of the new series that replaces GP2 as the F1 'feeder' series – Formula 2. This will release Gerhard Berger back into the F1 paddock, so he could well be turning up in a team role for one of the major players, as he knows both Ferrari and McLaren well. And as a proud Austrian takes a naturally strong interest in Dieter Mateschitz's outfits.