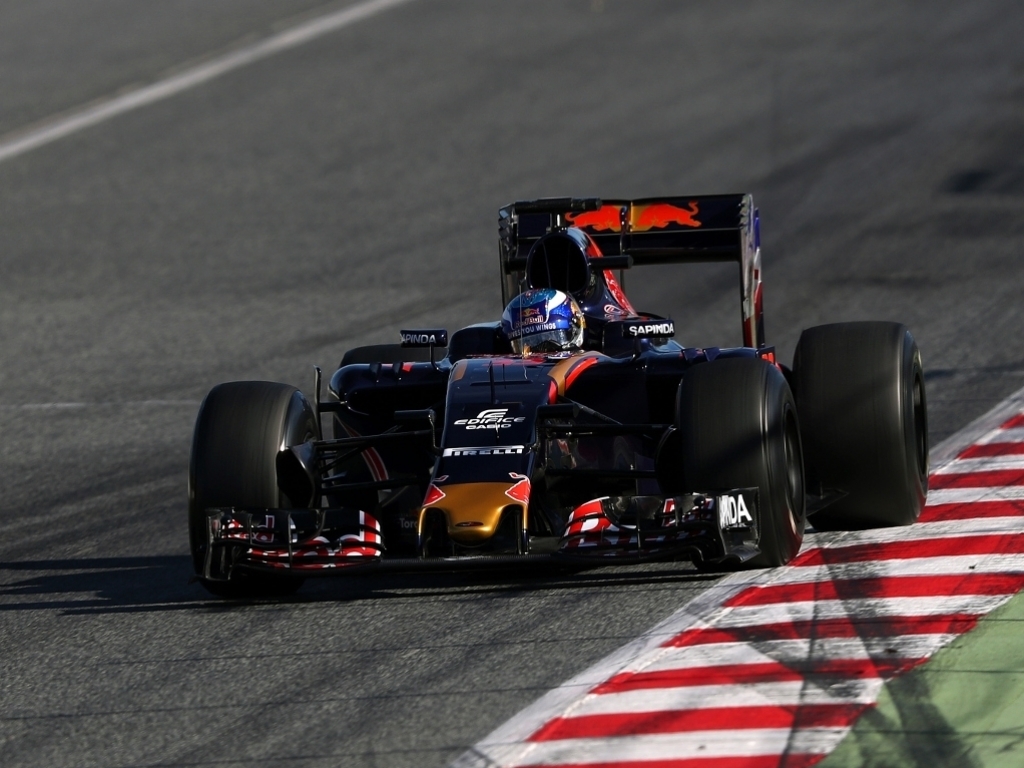 Toro Rosso duo Carlos Sainz and Daniil Kvyat reveal what their thoughts are about the upcoming Italian Grand Prix.

Carlos Sainz: "Monza is another home Grand Prix for me, as it's the land of my Italian team, Toro Rosso. It's a very special track and full of tifosi. As you go down into Turn 1 you can see, hear and smell them – they are all doing barbecues in this area of the track and are all so passionate! Getting to the first chicane is one of the best feelings, arriving at nearly 350kph, surrounded by these incredible fans… It's fantastic! Obviously, it's a very tough couple of corners, always tight during the first lap of the race and there are very frequently a few tangles there. You then reach another 330kph top speed section, before entering another chicane, Turns 4 and 5. Here it's very important to jump over the kerbs. We then go into what is one of my favourite parts of this circuit, the two Lesmo's. These corners have a lot of banking, so it allows you to carry a lot of speed into them. I have to say that lap by lap you go quicker each time through these corners just because of gaining more and more confidence. Just before arriving to Turn 8 you reach another high speed of around 340kph, and this just shows that it's a really fast track, it's incredible. Another of my favourite chicanes is Turns 8, 9 and 10, taken in fourth gear and much faster than what it could seem… It's important to ride the kerbs here as well. After this there's a very long and fast straight, before arriving to a Turn 11, a corner that has lost a lot of its beauty – the run off area used to be gravel and it was so much nicer back then! Now its tarmac and everyone can go fast through the Parabolica. It's a shame that they decided to do this."

Daniil Kvyat: Sainz and Kvyat actually discussed amongst themselves during the Russian's preview interview of the Italian Grand Prix

DK: What do you remember from Monza?
CS: I remember going behind you into Turn 1 in GP3 and getting you!
DK: Ha! Yeah, we did have good fun there. And not only in GP3. Also in BMW, Renault… A lot of good moments and battles…
CS: When there was a tow, yes. In those categories there was…
DK: …And we had a lot of fun, yes!
DK: I also remember he tried to push me off… [Joking]
CS: No way! [They both laugh]
DK: Yeah, basically, we've always shown a lot of respect towards each other.
CS: Yes, always. We've been teammates in BMW, Renault 2.0, GP3… And now here in F1.
DK: So yeah, Monza is an interesting and fast track. The braking into the first chicane is one of the longest and heaviest of the championship.
CS: What is the top speed there?
DK: Well, between 350 and 360kph, it depends where the wind is blowing… And my favourite part of the track is… Wherever I'm faster than him! [Says with a cheeky laugh, pointing at Carlos]. I have to say it's a circuit that brings back very good memories, as I won quite often in Monza in junior categories. I enjoy the track, it's a cool one, and it's always nice to go back. But I also have a negative memory, as I had a brake disk failure into Turn 1 in 2014… It's a shame, because we were having a really good race!
Regarding the track, I have to say they ruined the Parabolica corner, as now there is no gravel trap. It was much cooler with gravel instead of tarmac.