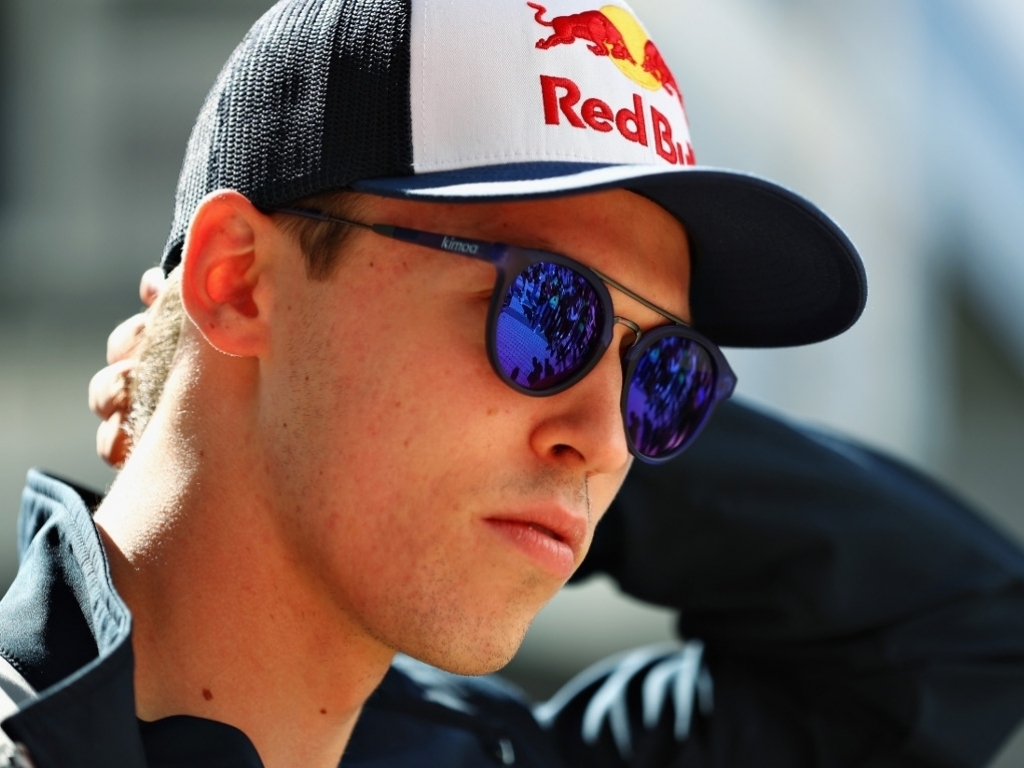 Daniil Kvyat is looking forward to the spotlight being away from him, while Carlos Sainz cannot wait for a "special weekend" at his home race.

Daniil Kvyat: “Racing in your team mate's country definitely means less attention on yourself, which can sometimes be quite okay as it lets you focus more on the driving. This is because, usually, most of the events are done by your team mate when it's his home country… It becomes his duty and we swap – I've done just that in Russia a couple of weeks ago! Now it's Carlos' turn.

“I know many Spanish words and speak this language quite well. Carlos and I have been team mates for many years, so it's been easy to practice it and keep learning new words… I already had a good baseline, as I studied it as a second language at school in Italy when I was younger. It's a language I like and it wasn't difficult to learn.

“We do a lot of testing in Barcelona, which means it's a track we all know very well – it has many different kind of corners, high and low speed, and every section has a different character, which is interesting. I'd say there are really no surprises for us here! My favourite corners are Turns 3 and 9, they're cool! Generally speaking, Spain is a nice circuit for me. Having collected plenty of data at the test, we will now need to get everything absolutely perfect in order to be in good shape this weekend. I've finished 10th in Spain for the last two years, but I hope it's higher than that this year!

“I also like the Spanish food. During a race weekend we can't really go mad, as we follow a strict diet, but I have to say that I really enjoy Spanish food and I always try to sneak in a few tapas, especially some jamon, at some point during the weekend… If my trainer lets me!”

Carlos Sainz: “When racing at home, the feeling is so different to any other race – every time you drive out on track you know there's more people watching and cheering for you, and this makes the whole weekend very special. I've been to the Barcelona track since I was nine years old, and now I'm the one racing there, it's just amazing. Of course the whole weekend is also a bit busier than normal, but you just do everything with a big smile on your face, as I know I'm a very lucky person.

“To have my own grandstand is awesome. It's an initiative that we started last year and it worked so well, there was such a huge amount of support from the fans, that this year we're doing it again. We will be more than 4,000 people there this year, so it will be even bigger and more special than in 2016. It will be amazing to drive past them every lap, I just can't wait and I hope that this becomes a tradition every year!

“I have such good memories of my Spanish Grands Prix! It's very special to know that my two best race weekends as a Formula 1 driver have happened at my home GP. This means that all the support I receive works, I get an extra boost and, all together, we become very strong. I hope I'm able to keep it this way this year and add another good memory to the list!

“My food during a race weekend is always the same, no matter where we're racing in the world. The fact of being at home doesn't change much: maybe just on Sunday night, if there's something to celebrate, we go for proper Spanish food – especially jamon!

“I've also attended a few MotoGP races in Barcelona. I really like the atmosphere of this sport, I think it's quite similar to the one we live in Formula 1. I really enjoy watching two and four wheel racing! I have some good friends in the MotoGP Paddock, like Marquez or Espargaro, so I always try and show them my support when I can.”