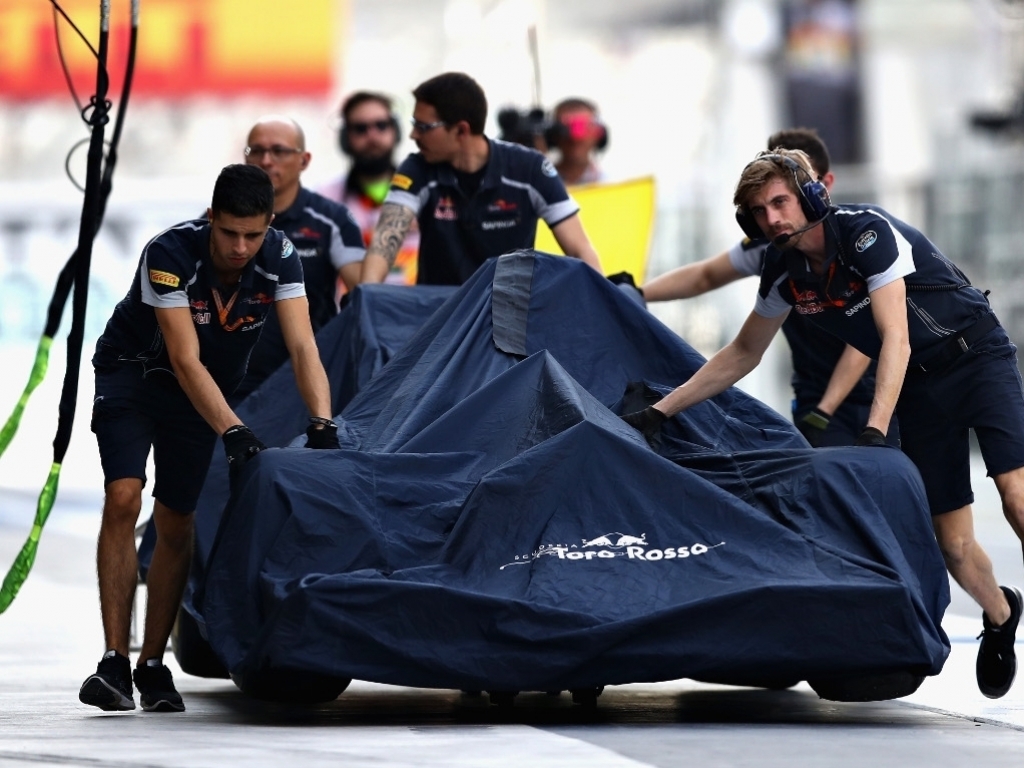 Kvyat managed just four laps in Friday’s opening practice for a rear left puncture. With the tyre tearing itself apart as he tried to crawl back to the pits, he was forced to park his STR11 in a run-off area.

That, though, was only the first of his two issues.

In FP2 he added four laps to his tally before he was again forced to stop.

“After facing two failures on the rear rim of Daniil’s car today, it was decided to avoid sending Carlos out on track again because we still haven’t understood 100 percent where the problem is coming from,” said Tost.

“We will now work hard tonight, together with the engineers back in Faenza, and hopefully we will sort it out for tomorrow [Saturday].”