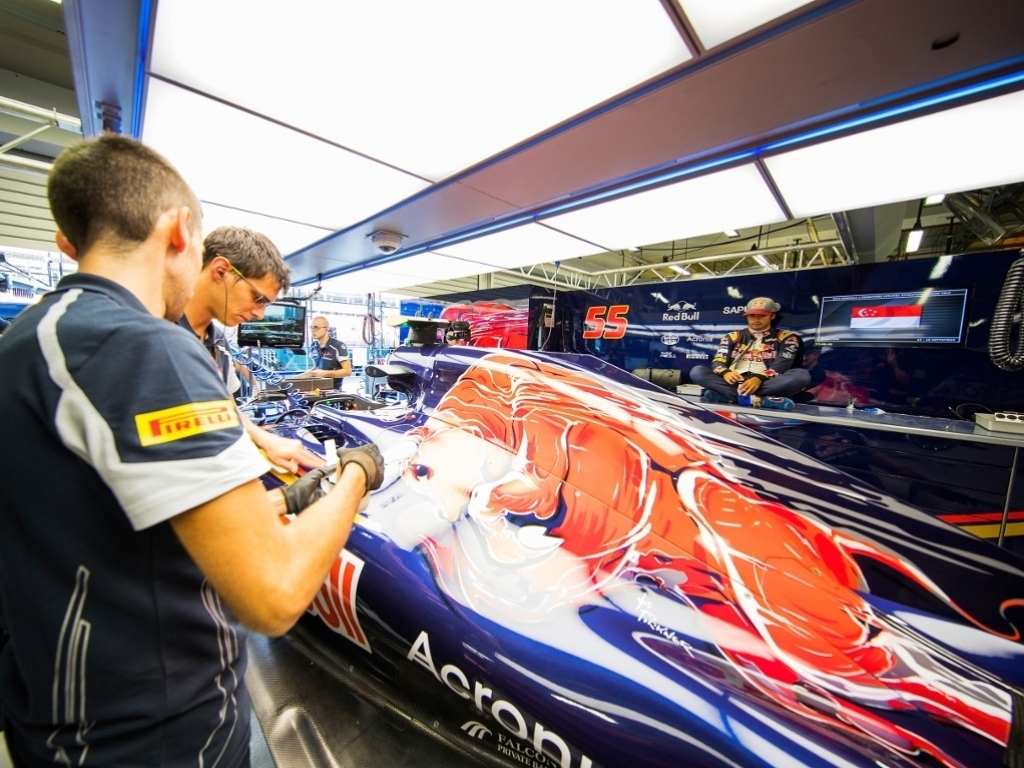 Having lost form in recent weeks, Toro Rosso opted to return to basics by given their two drivers different aerodynamic parts.

This weekend in Singapore, Sainz was handed the updated package while Kvyat remained on the old specs.

But with the team-mates separated by half a second on Friday’s timesheets, Sainz has revealed that Toro Rosso will keep them on the different packages for the remainder of the weekend as they evaluate which is best.

“Probably this is the only bad news – that both packages are working very similar,” the Spaniard told Motorsport.com.

“So they intend to keep both packages different for tomorrow and the whole weekend to try and see if they can spot something more during the weekend.

“It is not ideal as it means the new package hasn’t brought as much as we thought. That is it really.

“It shows that there hasn’t been a lot of development this year but thank god not a lot of people have developed much because of next year’s regulations.”