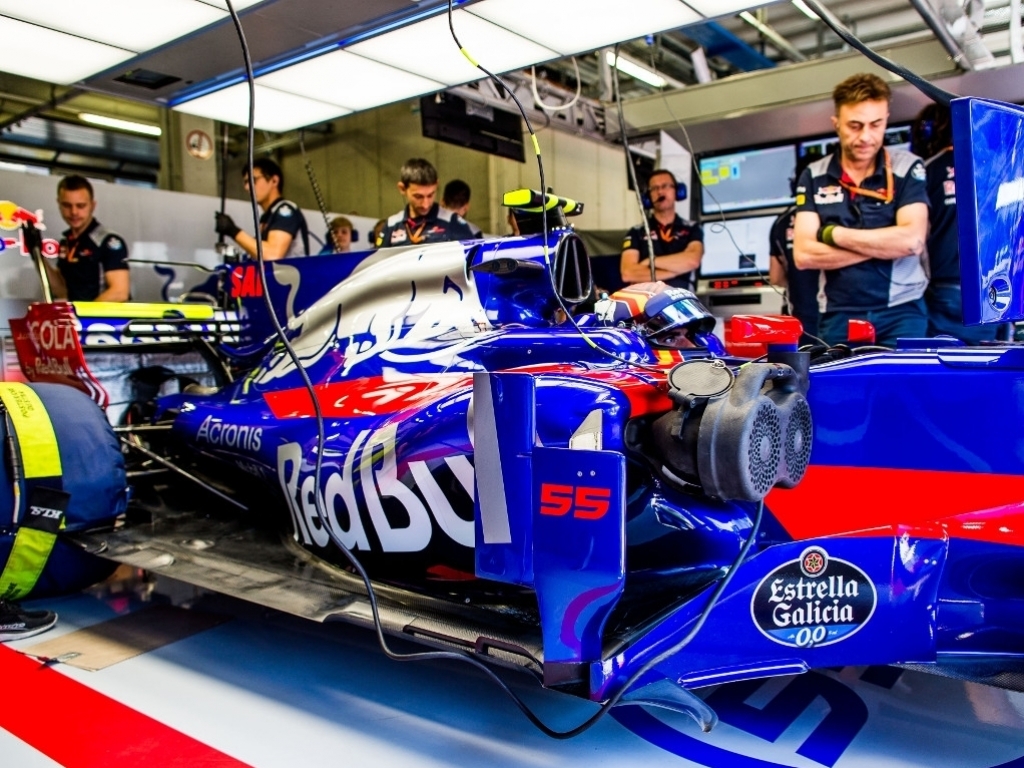 Toro Rosso have been called before the British Grand Prix stewards after Carlos Sainz’s STR12 was found to be unsafe during scrutineering.

During scrutineering ahead of the Silverstone weekend, Sainz’s car was found to have a damaged wheel tether.

However, when the stewards asked Toro Rosso to change it, the team refused.

“During initial scrutineering car number 55 was found to have a damaged wheel tether,” read the note from the FIA’s technical department.

“The scrutineers made the team Scuderia Toro Rosso aware of this and asked the team to replace it.

“The team refused to follow the instructions of the scrutineers and therefore the technical delegate checked the damaged tether himself and found that the tether was not only damaged but also several cut fibres were knotted together.

“Therefore the team was aware of the damaged tether and presented the car in an unsafe condition for scrutineering.”

Toro Rosso have been summoned to see the stewards as they are in breach of Article 12.1.1.b of the Sporting Code, which states it is an offence to enter a car that is known to be ‘ineligible’.