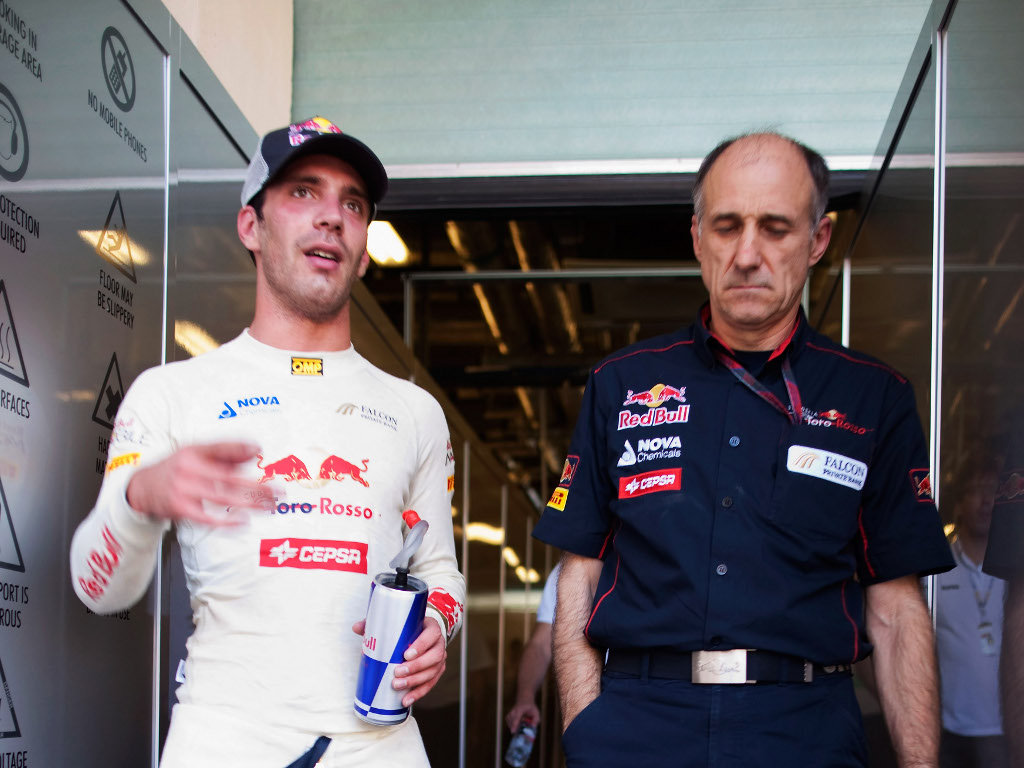 Toro Rosso team boss Franz Tost has been singing the praises of his drivers, saying they have show “promising” progress…

Toro Rosso team boss Franz Tost has been singing the praises of his drivers, saying they have show “promising” progress.

Neither of the two, though, has scored since the Malaysian GP, round two of the season, prompting some speculation that their jobs could be on the line if they don’t up their pace.

However, Tost insists he’s happy with his two drivers as both are in their first full seasons in Formula One.

“So far I must say that both of them are highly skilled and both of them, so far, have shown good performance,” he told the official F1 website.

“Daniel scored points in his first race for us in Melbourne, when he finished in P9 and Jean-Eric finished in Sepang in P8, which showed that there is a lot of potential.

“The progress that both are making is quite promising, so I have to say that so far we are satisfied.”

He added: “What I am expecting is that a highly-skilled driver shows at least one sparkle.

“Daniel did that for me in Bahrain as it was a really fantastic performance and Jean-Eric did it in Monaco. To be in P7 as a first timer in a Formula One car at Monaco is quite remarkable!

“Both now have a bit more experience, they know the team better, the car better and the weekend procedure, so now I think it is up to us, the team, to provide them with a good car and make a step forward with new upgrades.

“Then I am convinced that we – hopefully – will have a successful second half of the season.”