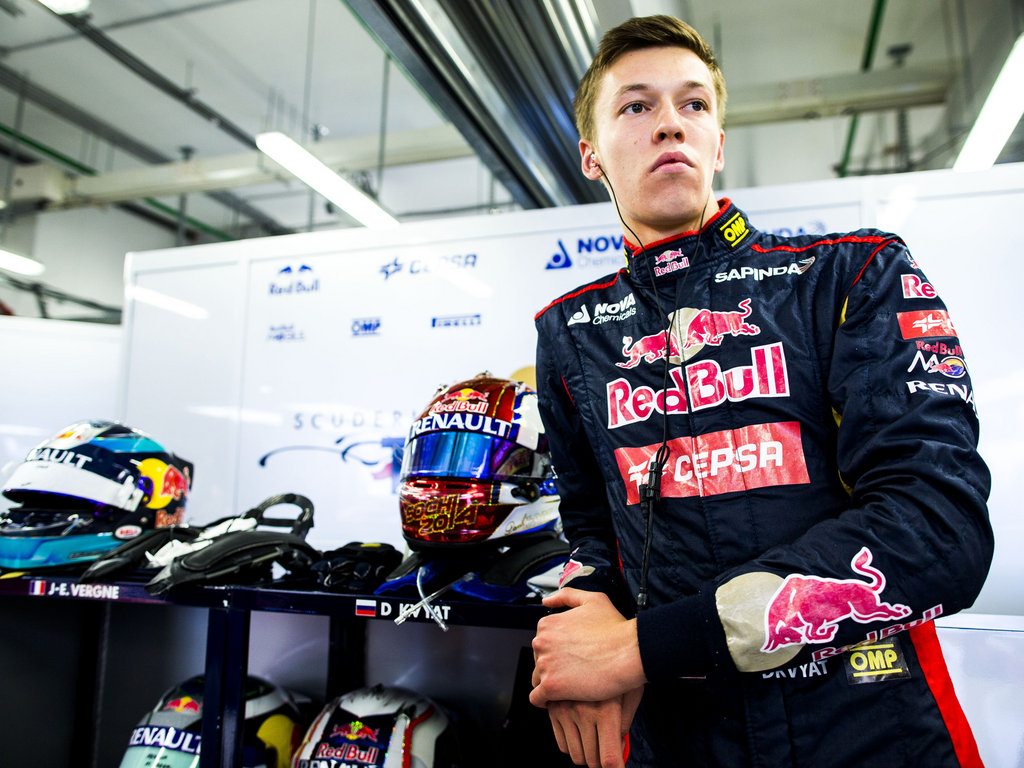 Toro Rosso team principal Franz Tost believes Daniil Kvyat has what it takes to become one of F1’s top drivers.

The Russian impressed during his debut season in Formula 1, scoring eight points that included a ninth place in his maiden race in Australia. He also walked away with the Rookie of the Year crown at the Autosport Awards.

His performances have seen him promoted to Red Bull on the back of Sebastian Vettel’s departure to Ferrari and Tost has no doubt that the 20-year-old will show his class next year.

“Daniil has done an excellent job being a rookie and has shown in this first year in F1 to be a very fast driver and to have the potential to become one of the top drivers,” he told the official Toro Rosso website.

“His strong motivation to learn and to achieve, his focus on how to improve his performance during the season, his great talent and his fighter attitude have given him the chance to step up quite quickly and to get the chance to move to RBR next year.”

Toro Rosso will have an all-new line-up next year with the Faenza squad opting to partner Carlos Sainz Jr with 17-year-old Max Verstappen, leaving Jean-Eric Vergne without a race seat.

Tost admits it was tough to let the Frenchman go.

“With Jean-Eric, it was a difficult decision to let him go because there is no doubt he is a very talented driver, but our team’s remit is to bring on the youngsters in the Red Bull Junior Driver programme and Jev had completed three seasons with us,” Tost explained again.

“Our French driver had more than his fair share of bad luck this year [though] and could have finished an impressive fifth in Monaco and he delivered another strong street circuit performance, to come home sixth in Singapore.”