Home Uncategorized Toyota and Alonso on pole for Le Mans 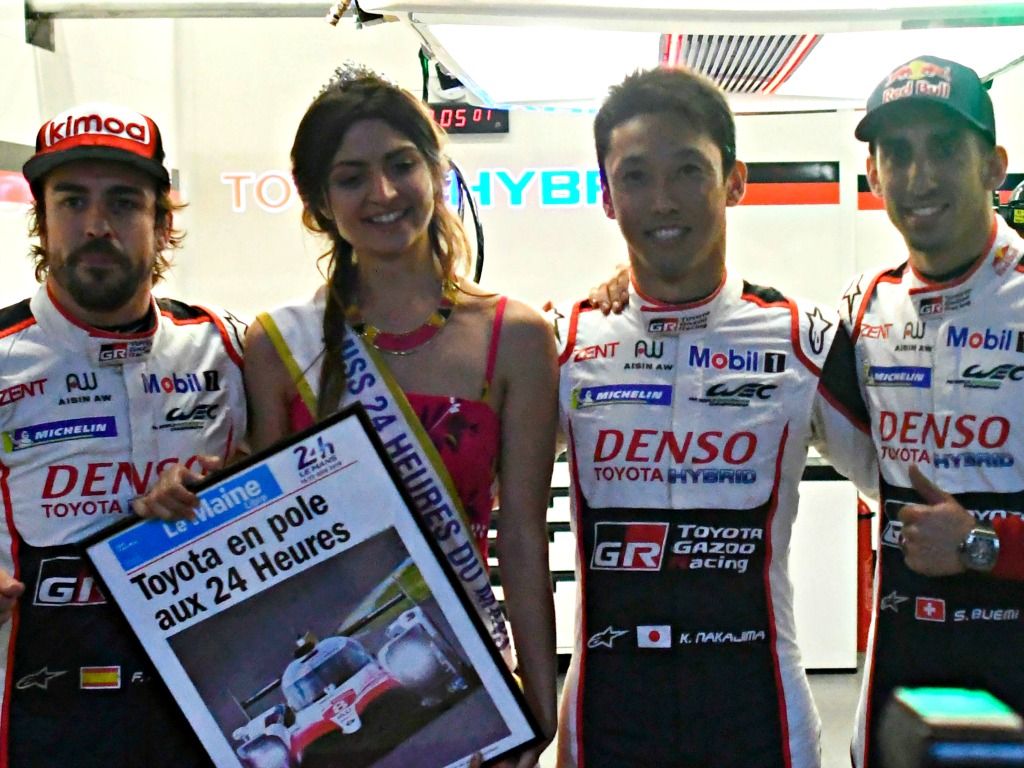 The Japanese driver posted a time of 3:15.377s, to put the #8 at the front, more than two seconds clear of the sister car.

Fernando Alonso thanked his Japanese teammate for the fantastic lap he put in to put the Toyota on pole position.

“Kazuki did an amazing lap yesterday. We put it all in his hands and he delivered,” Alonso said. “Congratulations to Kazuki, especially!”

The Spaniard can move one step closer to the Triple Crown on Sunday by winning the coveted race, and would only need the Indy 500 to become the second man to complete it.

Graham Hill is the only man to have done so, having won both the Indy 500 and Le Mans, as well as the Monaco Grand Prix.

The race starts on Saturday at 1:30pm UK time, and runs through to Sunday afternoon.