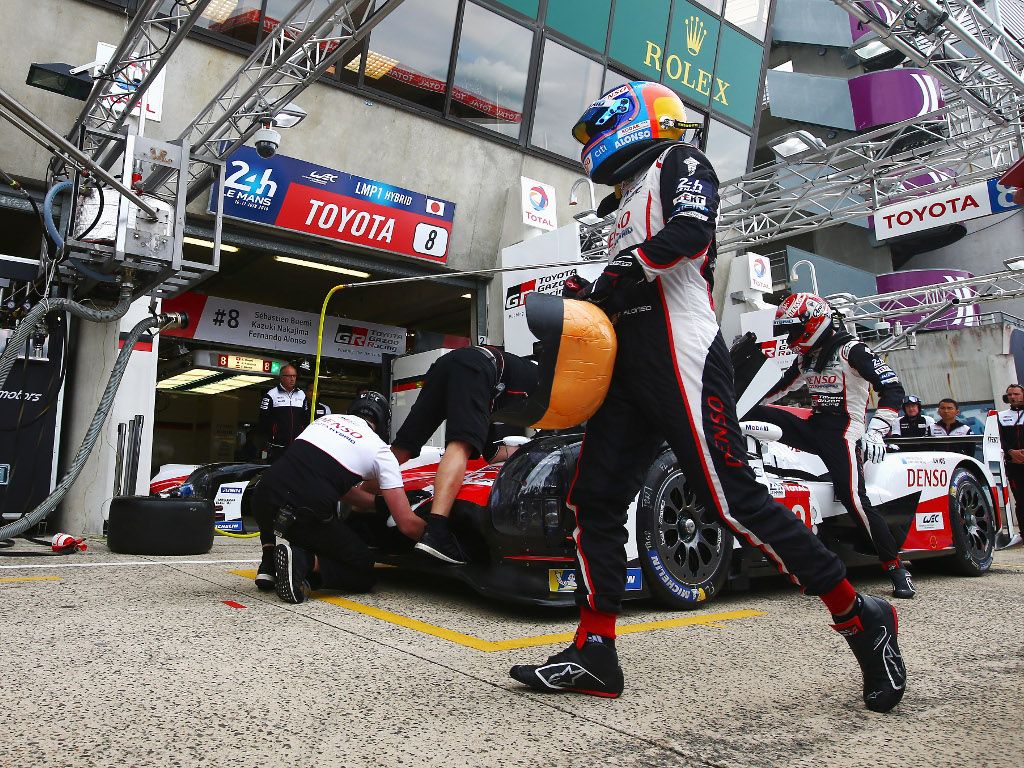 Although Fernando Alonso’s rival Toyota team were order to hold stations at Spa, Toyoto are adamant they won’t play favourites to ensure a Fernando Alonso win this weekend at Le Mans.

Alonso and his Toyota team-mates, Kazuki Nakajima and Sebastien Buemi, raced to the victory at the Six Hours of Spa after the rival Toyota team of Mike Conway, Kamui Kobayashi and Jose Maria Lopez were ordered not to attack in the closing stages.

It meant Alonso won on his World Endurance Championship debut, his first official race win in any series since 2013.

Toyota, though, have denied claims that they will race in this weekend’s 24 Hours of Le Mans with an eye to ensuring an Alonso win.

A spokesman told BBC: “Our cars will race for victory with the target of achieving a Toyota one-two.

“Both cars start the race with an equal and fair chance of winning.”