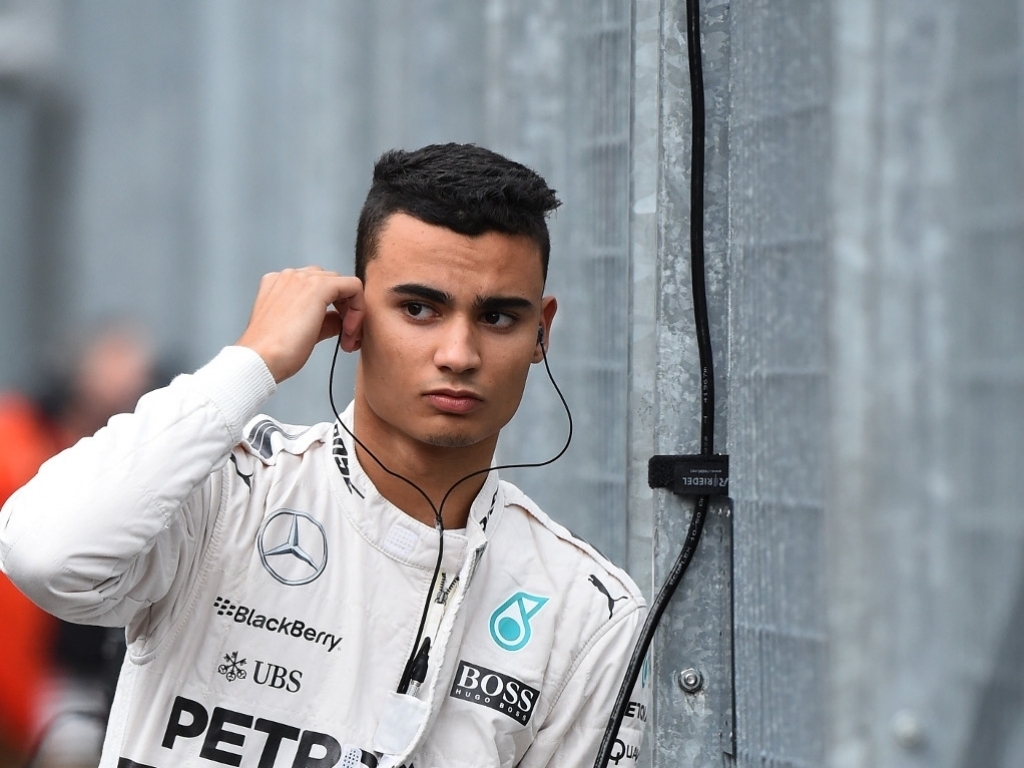 The 2016 F1 grid is shaping up with just two seats available and of course one engine supplier still needed.

Although Red Bull and Toro Rosso have yet to officially confirm their drivers for next season, they are expected to hold station leaving Manor as the one outfit with seats open.

Neither Will Stevens nor Alexander Rossi (and Roberto Merhi) have a guarantee for next season although Stevens and Rossi reckon they have a good chance of staying on.

But with Manor expected to make a huge leap up the timesheet – thanks to Mercedes engines and Williams technology – they not only face competition but big bucks. Some reports claim that a Manor seat is now selling for $10 million, which is considerably more than what Stevens brought to the table this season.

As such Pascal Wehrlein has emerged as a front runner. He has the backing of Mercedes who could yet cough up a few bob or cheaper engines. Mercedes, though, have made it clear that they are not open to just any price while there are rumours that they have set $3m as a limit.

Other drivers that could be looking at Manor are Stoffel Vandoorne, although he is set for a Super Formula test, and Kevin Magnussen. The latter, though, is expected to head to endurance racing after losing out on a Haas seat.

At present, according to all the whispers, Stevens and Wehrlein appear to be Manor’s most likely line up unless someone else comes up with a very big cheque.

The other uncertainty for 2016 is Red Bull’s engine supplier. Toro Rosso are closing in on a deal with Ferrari, who have outright refused to power the senior team. So too has Mercedes while McLaren are blocking Honda and Renault are just fed up.

Ilien is reportedly residing in a new building, building ‘9’, at Red Bull’s Milton Keynes HQ where he is working with the four-time World Champs, using Renault’s ‘D-spec’ engine – which will be debuted in Brazil – as the starting point for 2016. Both parties will own parts of the intellectual rights with the engines potentially branded Red Bull.

Neither Red Bull nor Renault have commented on the latest rumours but on the face of it, it does appear to be Red Bull’s only solution to their engine crisis.