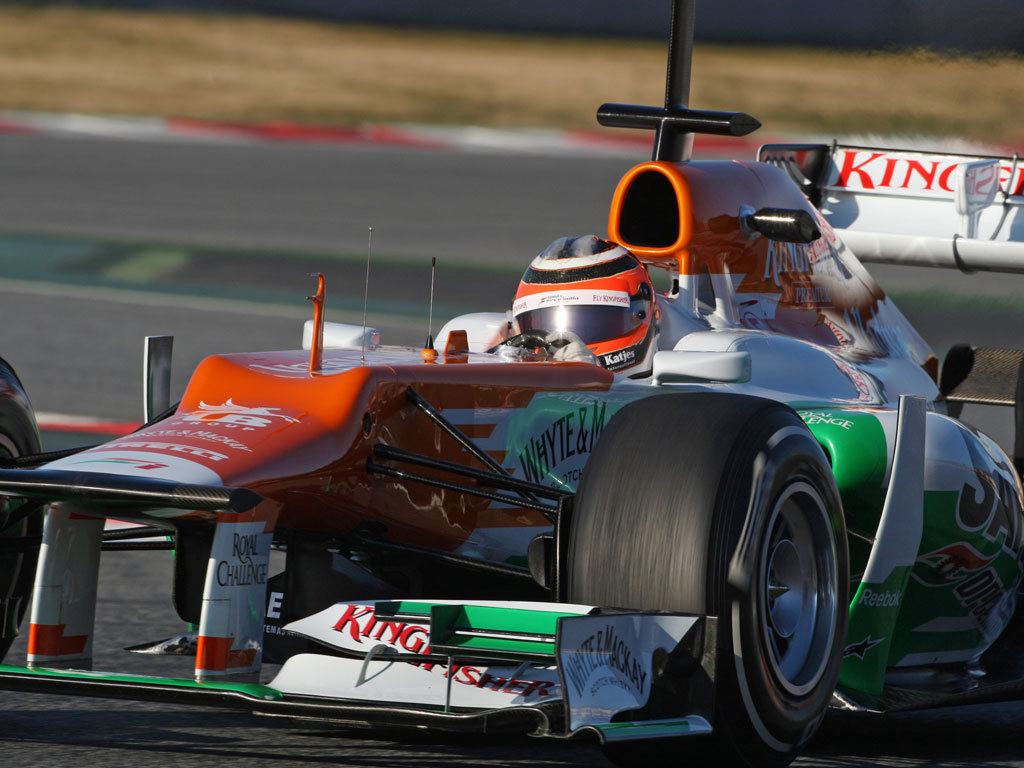 Nico Hulkenberg and Sergio Perez found themselves in unfamiliar territory in Wednesday’s morning session at Barcelona.

The Force India and Sauber drivers occupied the top two spots on the second day of pre-season testing at the Circuit de Catalunya.

It was also a day of firsts for Nico Rosberg and Vitaly Petrov as the German drove Mercedes’ W03 for the first time in an official test while Petrov made his debut for Caterham.

It turned out to be a very quiet morning for the duo as they could only manage seventh and ninth fastest times respectively.

World Champion Sebastian Vettel, who posted a 1:23.265 to take P1 on day one, claimed the early honours as he found himself more than half a second faster than the likes of Lewis Hamilton and Fernando Alonso.

With Red Bull preferring to focus on pit stops, the German completed just 31 laps in the morning and it was no surprise when he was bumped off the top by Sauber’s Perez.

Perez’s stay at the top was brief though as Hulkenberg became the first driver to dip under the 1:23 mark. His VJM05 took only 1:22.608 to complete the lap around the Spanish circuit and it was enough for him to secure P1 at lunch.

Perez and Vettel also went under 1:23 before the session was called to a halt.

Toro Rosso’s Daniel Ricciardo was responsible for the first red flag of the day following a technical problem, but he returned later to post the fourth best time.

Ferrari once again worked on “different exhaust layouts” and data collection and Alonso’s 1:23.640 was only good enough for fifth best while McLaren’s Hamilton was sixth fastest.

Only 10 teams are in action on Wednesday after Lotus were forced to pull out of the Barcelona test after they discovered a problem with their upgraded chassis on day one.