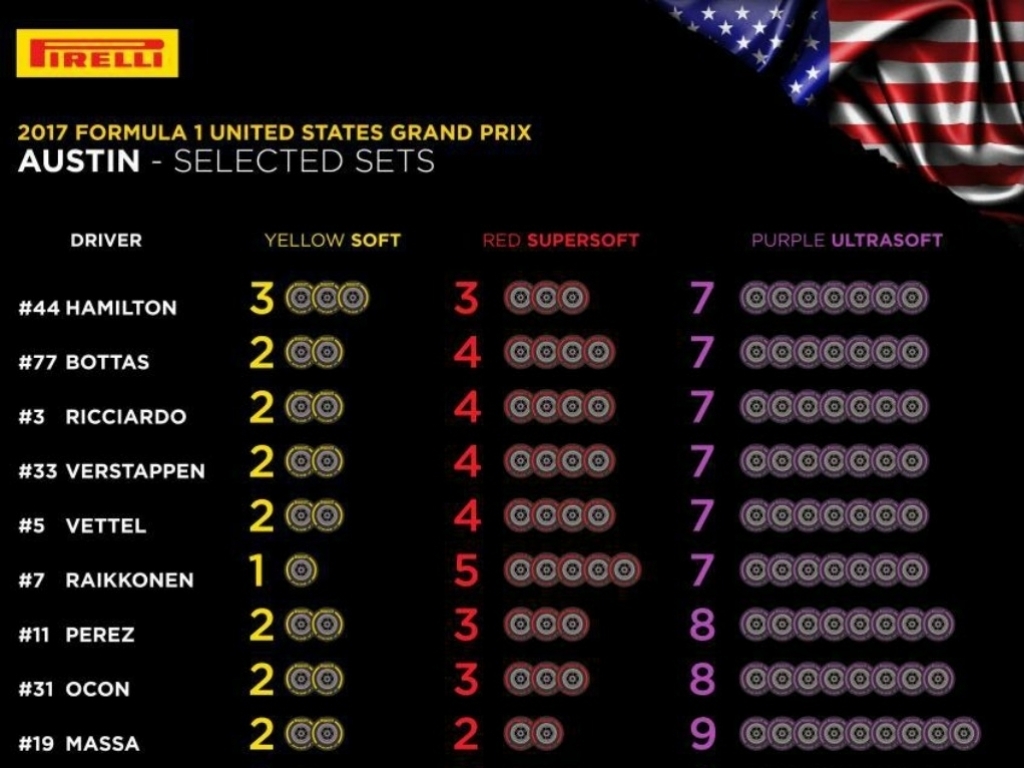 Lewis Hamilton has a slightly more conservative tyre strategy at the United States Grand Prix, where he could clinch his fourth World Championship title.

Hamilton can claim the crown if he wins the race and rival Sebastian Vettel finishes lower than P5, and will try to do so with an extra pair of soft tyres compared to his Ferrari counterpart.

Vettel, Valtteri Bottas, Daniel Ricciardo and Max Verstappen all have an extra pair of supersofts instead, while Kimi Raikkonen’s strategy is more aggressive five sets of red-striped tyre and just one set of softs.

McLaren duo Fernando Alonso and Stoffel Vandoorne, plus Williams’ Lance Stroll and Felipe Massa, have the most aggressive strategies of all – each having nine sets of ultrasoft tyres at their disposal. 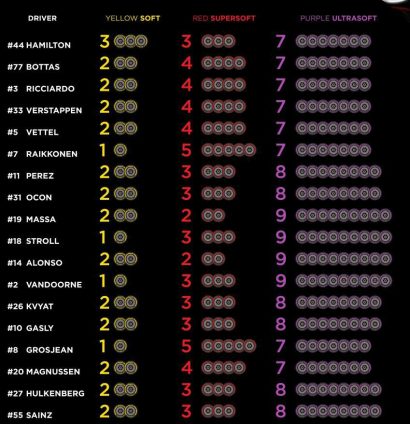