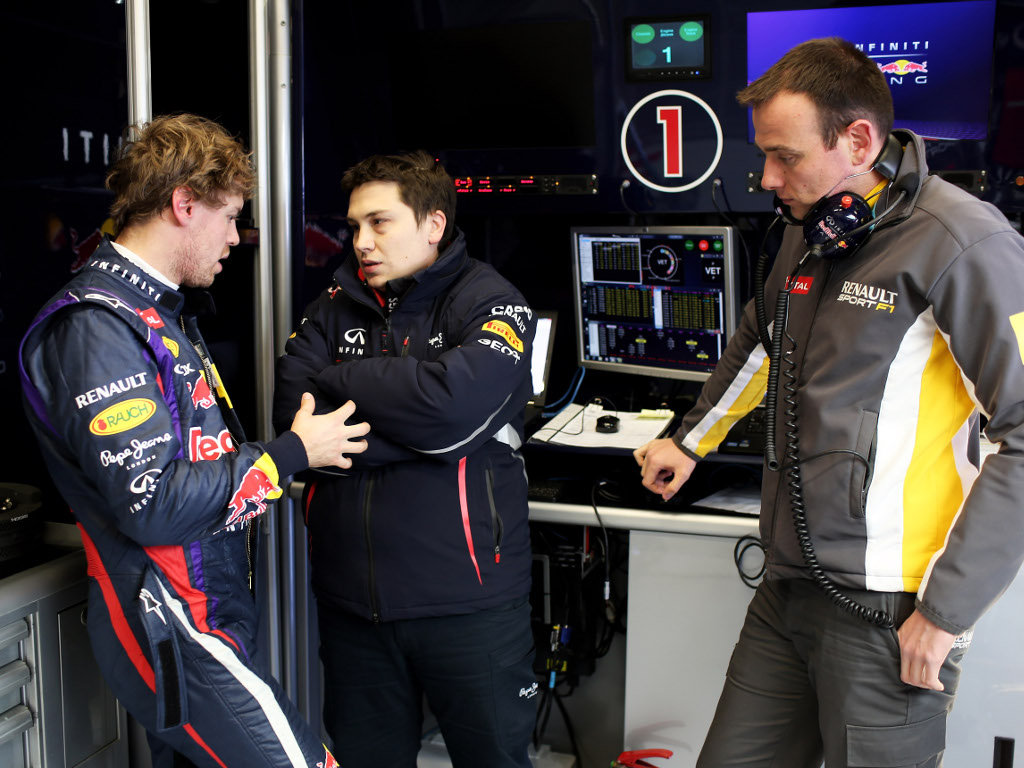 While rivals McLaren, Mercedes, Ferrari and Lotus all lost varying levels of track time across the four days in Spain, Red Bull were the only leading team to complete testing without a failure, and Vettel was impressed with both the performance and reliability of the new car out of the box.

In all, Red Bull put 372 laps worth of mileage on the car, and Vettel says the RB9 compares favourably with last year’s double title-winning RB8 at this early stage.

“I think for the whole team it’s been quite a good test,” said Vettel.

“No problems in terms of reliability and we did a lot of laps, so I’m quite pleased with the results. I feel a bit better than last year and it seems we have done our homework well.

“Now we move onto Barcelona for another four days in a row to test the car and see if we find any leakage and if so then we try to fix it.”

Vettel admits that it’s too early to read anything significant into the results, however.

“Looking ahead, I think the Barcelona test will maybe reveal a bit more, but just because people are running more and teams will play around a bit more there,” he said.

“So if you keep your eyes open you might spot some stuff. However, as I’ve said before, we just focus on what we do. In Barcelona we’ll learn more about ourselves and maybe a little bit about our rivals. It should be interesting.”