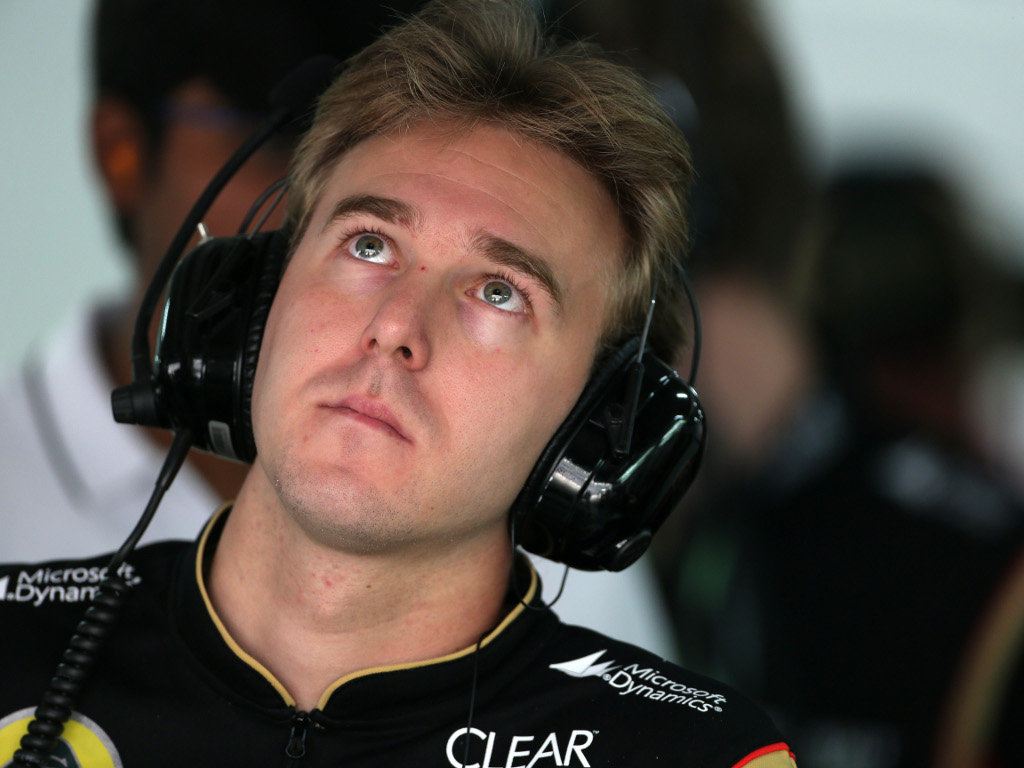 Despite his disappointment, Davide Valsecchi believes Heikki Kovalainen proved on Saturday that the team made the right choice picking the Finn…

Despite his disappointment, Davide Valsecchi believes Heikki Kovalainen proved on Saturday that the team made the right choice picking the Finn.

With Kimi Raikkonen withdrawing from the last two races of the season, Lotus signed Caterham test driver Kovalainen as his replacement.

Involved in a tense battle with Mercedes and Ferrari for second in the Constructors’ Championship, the team opted for an experienced driver over their own reserve driver Valsecchi. The Italian has never raced an F1 car and has been largely out of action since winning the 2012 GP2 title.

And although he was undoubtedly disappointed, he reckons Kovalainen’s pace this weekend has shown that the team made the right decision.

“On Tuesday morning they called me,” Valsecchi explained to ESPNF1. “I think everything was right.

“The team took the time to decide and said that it was not an easy decision.

“I think it was perfect timing; already the plan was for me to come here with the team so there was no need to tell me before or change anything, it was fine.

“The team decided with Kovalainen and the story is also paying off so I think they decided well. We will have to see it after the weekend but considering how it is going well so far I think it was a good choice.

“Also, with me, I am not thinking that I was so far behind. If you consider the gap that there is between Grosjean and Kovalainen… maybe [I could match it], but we don’t have the proof.

“What we know is that the story is working out really well for us, so at this time the decision is well done.”

He added: “I was hoping to get it but they told me that it the standings are extremely important and they really want to fight with Ferrari for third place in the Championship. I think Kovalainen was a bit more safety.”