Home Uncategorized Van der Garde: I had nowhere to go 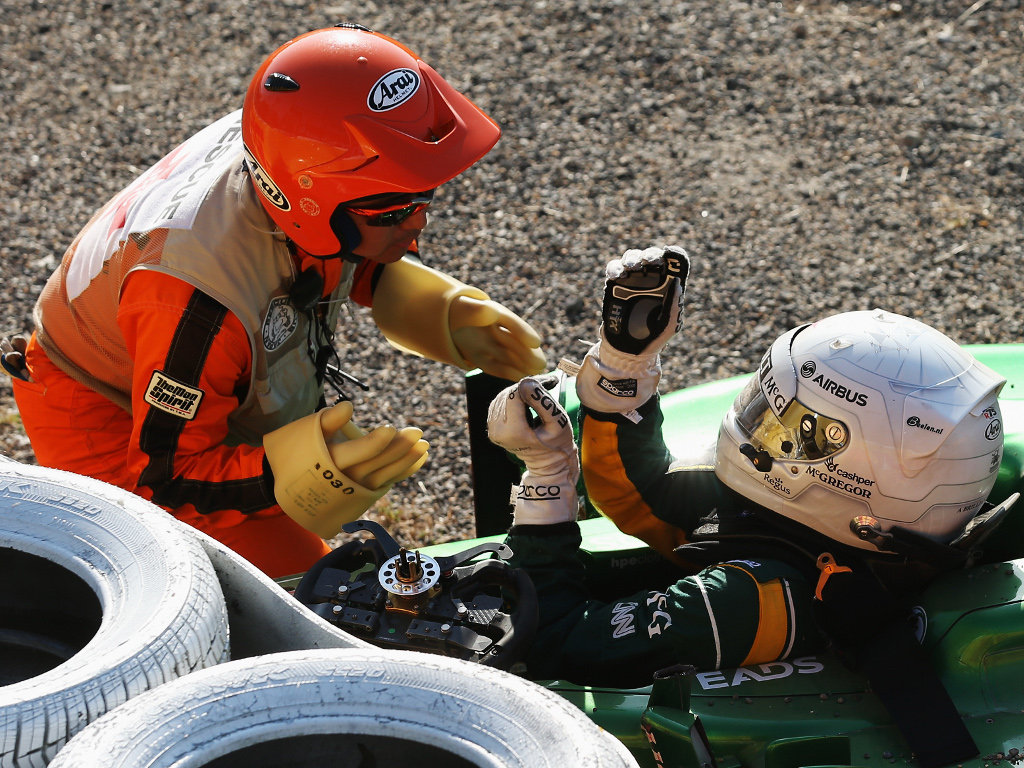 Giedo van der Garde is okay despite taking a hard hit that put him out of Sunday’s Japanese GP.

Battling with the Marussias for track position at the start, there was contact between the Caterham driver and Jules Bianchi that resulted in both going off.

Van der Garde, though, took the brunt of it as he slammed nose first in the tyre wall at pace.

The Dutchman was, thankfully, not hurt in the crash.

“My start was ok but going into Turn One I was squeezed between both the Marussia cars and had nowhere to go,” he said.

“I lost my front wing in contact with Bianchi and then the car went straight off and into the wall.

“It was quite a heavy impact but I’m ok.

“Obviously that’s disappointing, but it was a racing incident and sometimes these things happen so now we’ll move on to India and push for a better weekend there and for the rest of the season.”