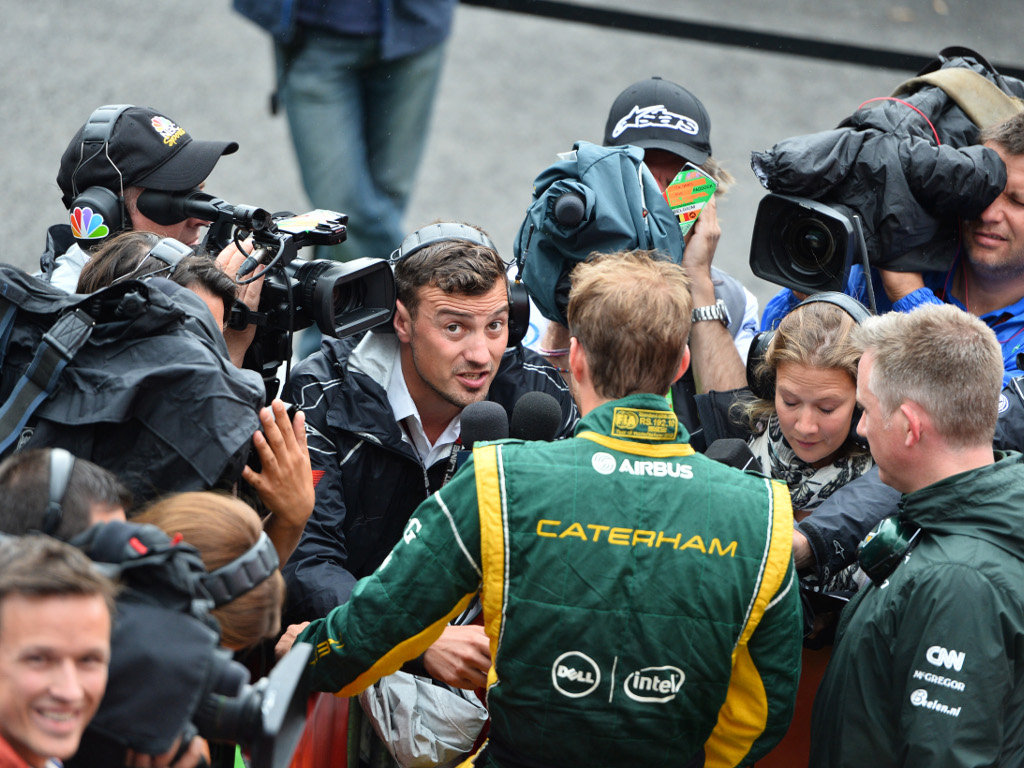 Giedo van der Garde is delighted that Caterham were rewarded for being brave during qualifying at the Belgian Grand Prix.

The Dutchman was certainly one of the stars of the show on Saturday as he made it through to Q2 and then claimed a career-best P14 grid position for Sunday’s race.

After a few spots of rain early in Q1, Van der Garde and Caterham decided to take a gamble and switched to slick tyres. It paid off and he posted the third best time in the session.

It got even better for him in the second session as he finished ahead of the Marussia’s Jules Bianchi and Max Chilton.

“What a fantastic day! I’m so pleased for the whole team that we made our second appearance of the year in Q2, that we finished clear of the Marussias and start the race from 14th,” he said. “It was a pretty brave call to be the first to go out on slicks and for the first lap it looked like it might not pay off, but then on the final lap of Q1 I had it all hooked up just right and finished the session the highest we’ve ever been in Q1. I have to say I didn’t really believe it when my engineer Juan told me where we were – I was just at the top of Eau Rouge on the cool down lap and he said I was in P3! That was such a good feeling, for me, the team and everyone who’s supported me.

“In Q2 we knew that if it stayed dry we’d be aiming for 14th and we went out on a set of mediums knowing we had to keep pushing as the track got better and better. I think there was maybe a little more laptime if we’d maybe started the run a bit later, but, realistically, not enough to go into Q3 so finishing 14th, over 0.5 seconds clear of our nearest rival was the target and we achieved it by good work from everyone.”

“Saturday had started well after the guys did a good job on Friday night, making a number of changes to the car that meant I started Saturday with much better balance and with the oversteer we’d had on Friday gone,” he said.

“FP3 was a good session for me and we made further improvements on both runs on the hard tyres and on the mediums which were working pretty well on the performance run, but we knew there was still more to come in quali. We couldn’t have dreamt it would come together well enough for Q1 to end with me in P3, but we took full advantage of the conditions today and 14th is a just reward for being brave and taking our chance.”