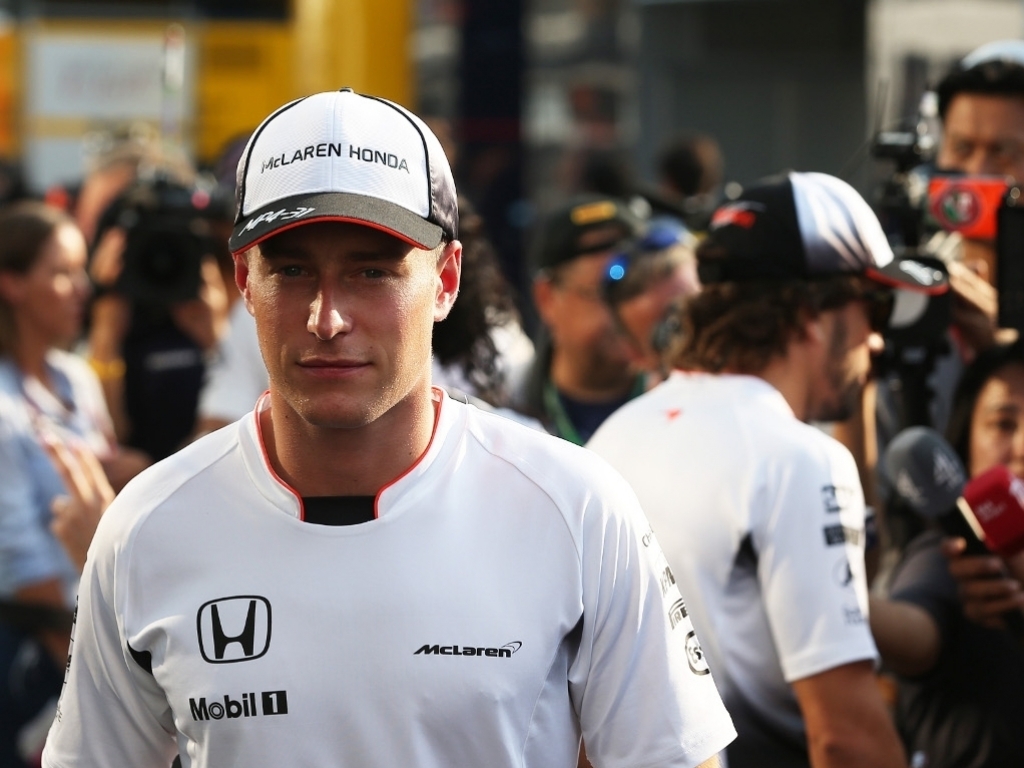 Although Jenson Button will remain a member of the McLaren team with an eye on a 2018 race-seat, Stoffel Vandoorne says that will not heap “extra pressure” on his shoulders in his debut campaign.

Vandoorne is stepping up to a McLaren race-seat in 2017, replacing Button as Fernando Alonso’s team-mate.

The Brit is staying on with McLaren as he takes up an ambassadorial role with an eye to potentially returning to racing in 2018.

But despite the McLaren door remaining open for Button, Vandoorne insists that will not add to the pressure.

“No, I don’t see that situation as extra pressure,” he said in an interview with the official F1 website.

“I have a long-term deal with McLaren.

“Hopefully we soon will be able to get back to the competitive level where McLaren used to be.

“In terms of next year, yes it is a special structure – but I think it is one of the best.

“Myself and Fernando are going to race – and then it is good to keep Jenson as well.

“He is the most experienced driver in F1 now and he will be involved with the team, be it in the simulator or coming to a few races.”

Asked if there was ‘no possibility’ of Button jumping in the car, Vandoorne replied: “…at least that’s not what I am thinking at the moment, no.

“And I am fully thinking about the opportunity that I get – there is no room for non-issues.

“I want to succeed and am very much looking forward to that.”