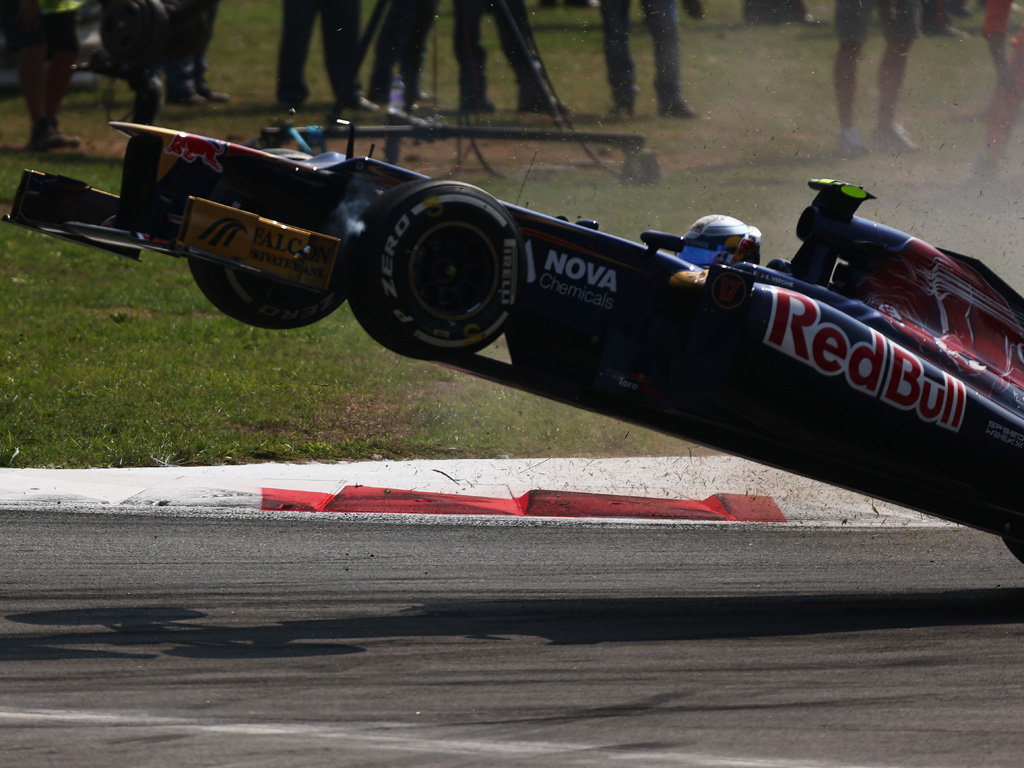 Jean-Eric Vergne says he still has a “stiff back” after his rear suspension broke in last Sunday’s Italian Grand Prix.

Vergne was lucky not to have his Toro Rosso flip over on him when his suspension broke under braking at Monza, sending his car almost vertical.

The Frenchman landed heavily and after a minute was able to climb out of his car, heading to the medical centre for checks as he suffered a sore back in the crash.

“I felt something wasn’t quite right from the start,” the 22-year-old wrote in his Toro Rosso blog.

“When I had the suspension problem it was a big shock. I entered the braking phase for the corner and totally lost it. The car just snapped out from underneath me. I could feel the rear wheel was the wrong way under braking and from that point on I was pretty much a passenger.

“The kerbs are quite high at Monza, so when the car hit the kerb I was thrown in the air. I was a little worried that the car might flip, so the fact that it didn’t is something to be grateful for. It could have been a lot worse than it was.”

He added: “After the race, we established it had been a failure with the rear suspension. In the end you just have to put it down as one of those things that happen when you go racing.”

Vergne didn’t emerge entirely unscathed from the “big impact”, revealing he still has a few aches and pains.

“I do feel pretty stiff across my back and neck but I think that will go away over the next day or so and I’ll get on with what is going to be a pretty busy schedule until Singapore.”