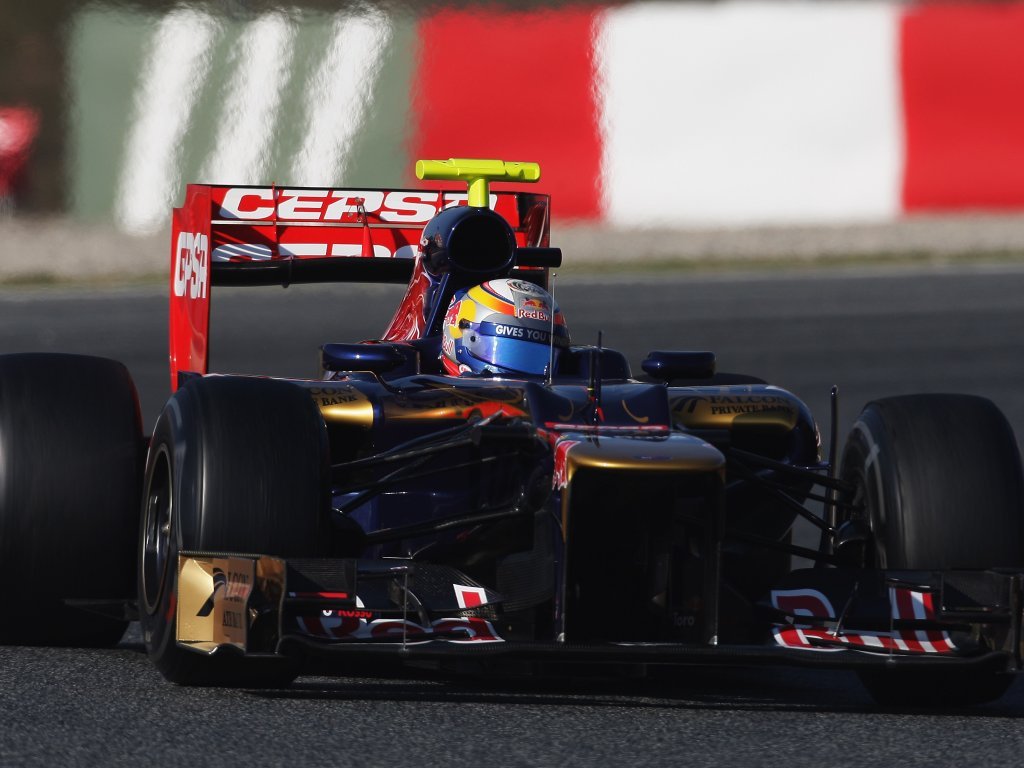 Toro Rosso’s Jean-Eric Vergne led the way in the morning session in Barcelona on Friday with Ferrari’s Fernando Alonso not far behind.

After a 30 minute delayed start due to foggy conditions at the Circuit de Catalunya and an early red flag because of the stationary Williams from Pastor Maldonado, Alonso was the first driver to post a competitive 1:25.324 on soft tyres.

Another red flag followed shortly, this time Michael Schumacher’s Mercedes stopped at Turn 7, but Alonso was clearly not bothered by the stop-start morning session as he soon posted a 1:23.447 on the hard rubber.

Schumacher, meanwhile, was soon in the wars again as his W03 ended in the gravel. He was able to return to the track later as the team reported “no damage to the car after his trip over the gravel”. The seven-time World Champion posted the eighth fastest time of the morning.

French rookie Vergne went 0.321 faster than Alonso on a set of super soft tyres to snatch the fastest lap. Vergne, though, did have some problems shortly before the end of the morning session after his STR7 stopped at Turn 8 with smoke coming from the rear of the car.

Romain Grosjean, who topped the timesheets on day one for Lotus, was third fastest, but it was very close between himself, Alonso and Sebastian Vettel. Frenchman Grosjean’s E20 was just 0.081 off the pace of the Ferrari driver while World Champion Vettel was a further 0.008 behind in his Red Bull RB8.

Caterham’s Heikki Kovalainen, who was replaced by team-mate Vitaly Petrov at the last minute on day one after falling ill, was fifth fastest.

McLaren focused on pit-stop practice early morning and Lewis Hamilton’s 1:24.111 was only good enough for P7.