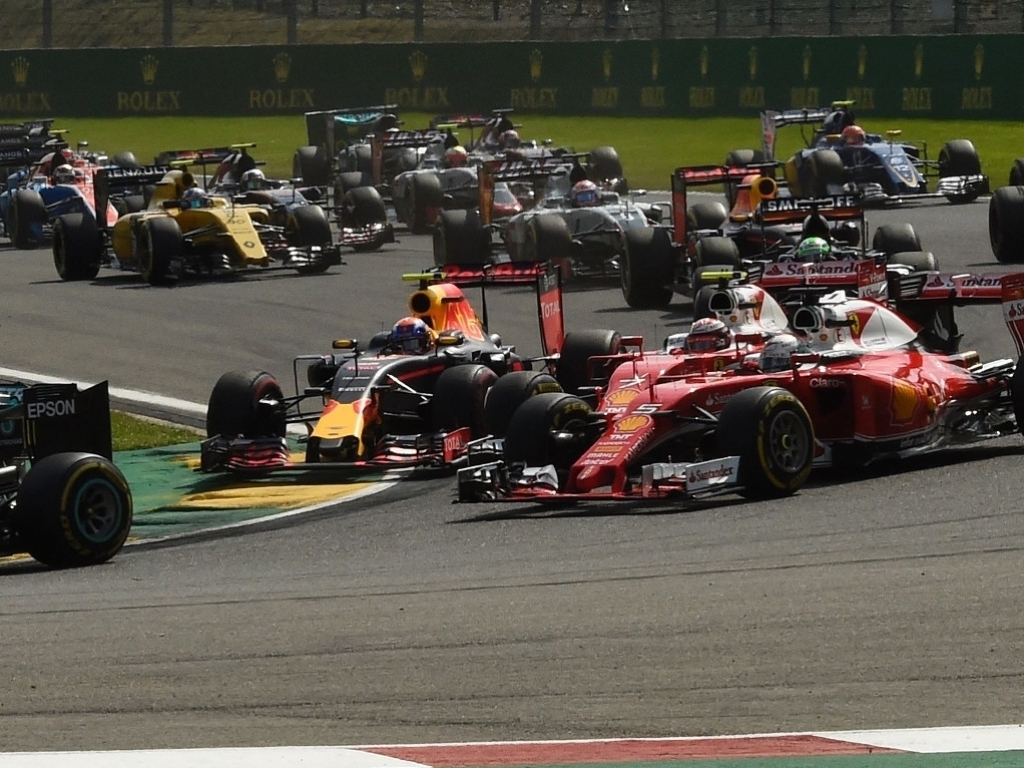 Max Verstappen has refuted Kimi Raikkonen’s complaints about him turning in or trying to push him off the circuit, saying it is “a big lie.”

Not for the first time this season Verstappen and Raikkonen battled for position during a grand prix, this time in Belgium.

Their fight began on the opening lap when they collided at Turn 1 and continued later as they again fought for position.

Raikkonen was unhappy with Verstappen’s driving, saying his “only interest is pushing me off the circuit completely” while later adding that he is “f**king turning when I’m at full speed.”

“He should say that in Turn 1,” he told Sky Sports. “It’s ridiculous. I mean, it’s good television when somebody is moaning.

“But especially after Turn 1 when they did something like that. I’m not going to give up my position to them that easy afterwards.

“I think that’s a big lie. I’m just defending my position. If somebody doesn’t like it, it’s his problem.”

Speaking specifically about the first corner contact that sent both drivers, and Sebastian Vettel, into the pits, Verstappen explained: “I dived up the inside and didn’t lock a wheel and was easily making the corner but they just kept squeezing me.

“I was on the inside, Kimi was squeezing me and the Sebastian just turned in on both of us. He turned into the corner where there was already two cars.

“That gave my front wing a lot of damage, and obviously the floor got destroyed. From there on your race is gone.”

Raikkonen, however, stands by his comments.

He said: “I’m all up for a fair battle and close racing but when I have to brake not to hit him because he turns after when I move first time, that’s not correct. There could have been a big accident.

“If I have to brake from full speed…I haven’t had that from any other driver.”