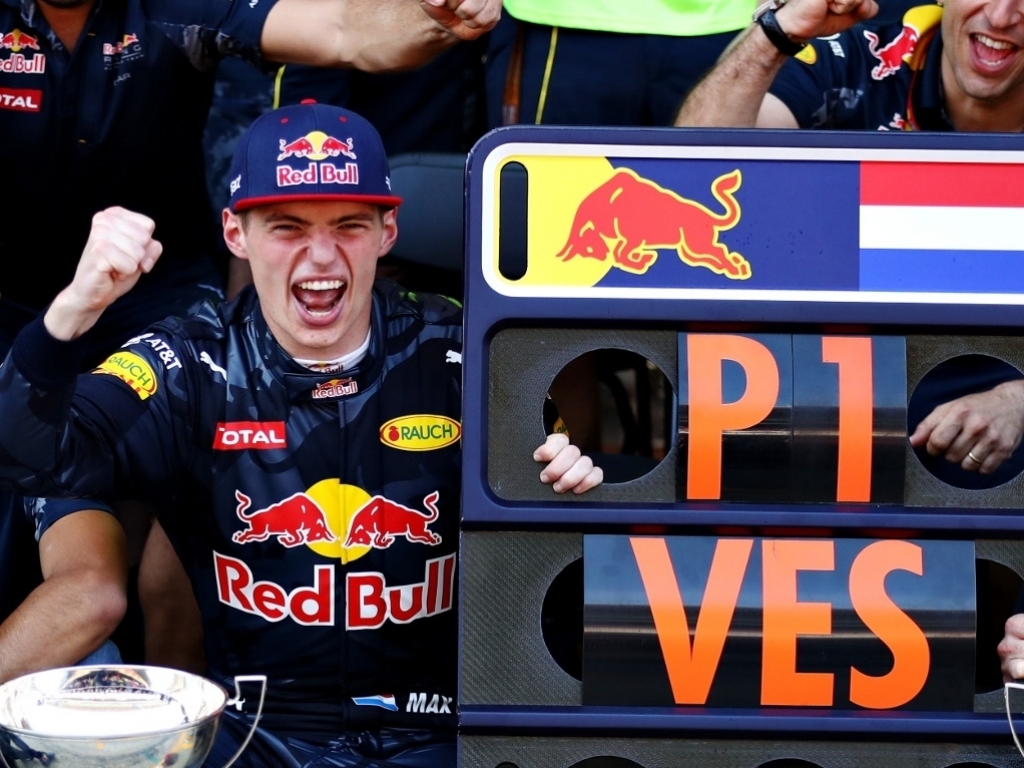 Gerhard Berger believes that in Max Verstappen, Red Bull Racing have the driver that can help them take the fight to Mercedes.

Ahead of this season’s Spanish Grand Prix, Red Bull shocked many in the paddock when they dropped Daniil Kvyat in favour of 18-year-old Verstappen.

Verstappen won his first grand prix as a Red Bull driver and in doing so made F1 history as the youngest race winner, race leader and podium finisher.

However the bigger picture is the championship titles with Berger saying that Verstappen is the driver who can help Daniel Ricciardo dethrone Mercedes in the years to come.

“I think Mercedes have the best two drivers they can have,” said the former F1 driver told Motorsport.com.

“I think the other teams are realising that if you want to beat Mercedes, when they have a big technical advantage, and especially on the engine, even if you put yourself on the same level, you have to beat these two drivers to win the Constructors’ Championship.

“Because these two drivers are each in his way outstanding, and in a combination they are unbeatable.

“That’s why Red Bull reacted very strongly with Max Verstappen, they said ‘we have Ricciardo, somebody able to compete, but we need another one, because they have Nico and Lewis.’

“They thought: ‘If we get Verstappen and Ricciardo we can at least put Ferrari under pressure, and next year we have a chance to compete with Mercedes with two big guys’.”

Berger, who won 10 grands prix during his time but never the World title, added that he expects Verstappen will one day clinch the Drivers’ Championship title.

“He’s still young, he still has to prove everything, but for me he’s a clear championship candidate in the future,” he said.

“I watched Max very closely in karting, because my nephew [Lucas Auer] was racing with him. And then I watched him in F3, because I was working with the FIA.

“I remember one day my sister, the mother of my nephew, said, ‘Why do you always talk about this Max Verstappen?’ I said ‘It’s very simple, he’s outstanding.’

“So the racecraft of Max Verstappen I saw before – I know he’s a good candidate for the future.”