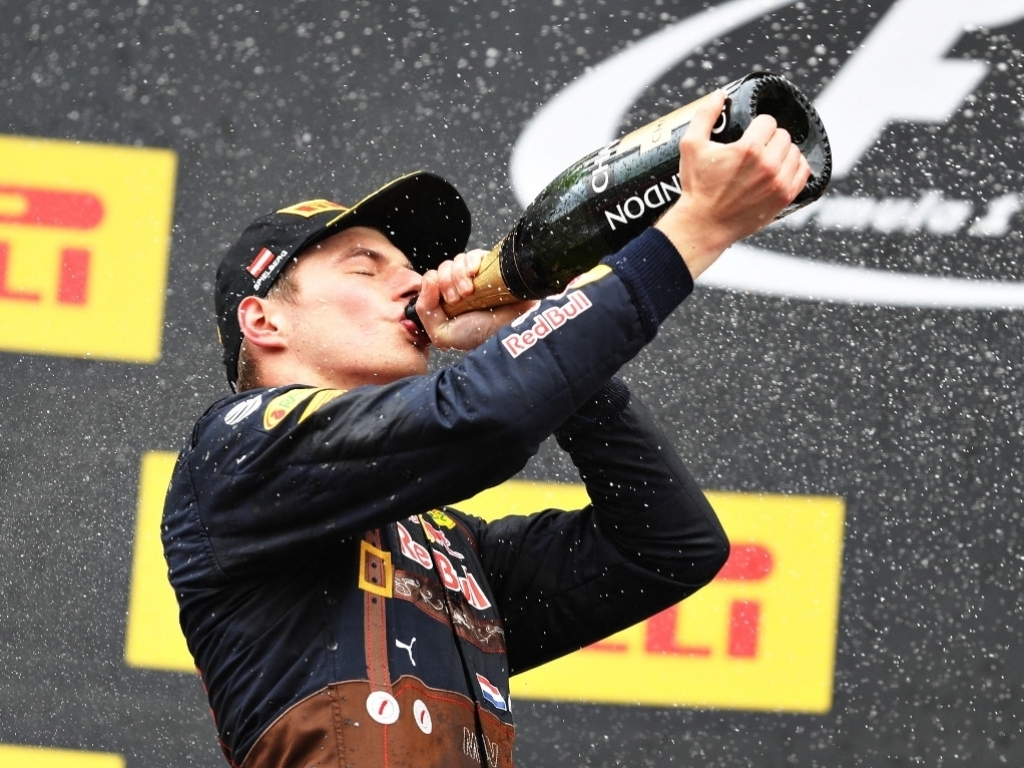 Runner-up of the Austrian Grand Prix Max Verstappen has said that he likes the taste of champagne after standing on the podium for the second time of his career.

Taking advantage of the spat between Mercedes duo Lewis Hamilton and Nico Rosberg in the final lap, the Dutch youngster ended up claiming P2 after the two front runners collided, with Hamilton coming out on top and claiming victory.

Verstappen whizzed passed a limping Rosberg, who damaged his front wing, to claim second place, followed by veteran Kimi Raikkonen, who did the same.

The teenager admitted that he was expecting to come P3 after the race and not P2, but was delighted at the outcome nonetheless.

“I expected P3. P2 is great -it’s a bonus. The whole race was good. I was puling away from the cars behind me.

“We are still losing a lot on the straights but through the corners I think the car is performing well.

“I like the taste of champagne, it kicks in a bit about now though.”

On the race itself, Verstappen was nervous during the closing stages, where his aging soft tyres finally caught up to him but was pleased that he could get the car over the line unhinged.

“I did a long stint on the soft tyre,” he added. “The last ten laps, which included some traffic, made it very hard. I could see Kimi behind me catching up a lot.

“In the end, to come up second with what happened in the last lap is of course a bonus. Also to finish here in second as a Red Bull driver at the Red Bull Ring is just a great feeling.

“You can always improve, you can always do better. Like I said from the first race [with Red Bull] in Barcelona, I am still learning. The general pace is there. It’s just in qualifying how to get the last bits 100 percent. But definitely race by race it’s getting better and better.”

His teammate Daniel Ricciardo wasn’t so lucky however as problems early on in the race halted his progress. The Aussie ended up claiming P5 behind Rosberg.