Home Uncategorized Verstappen: From a spin to fourth 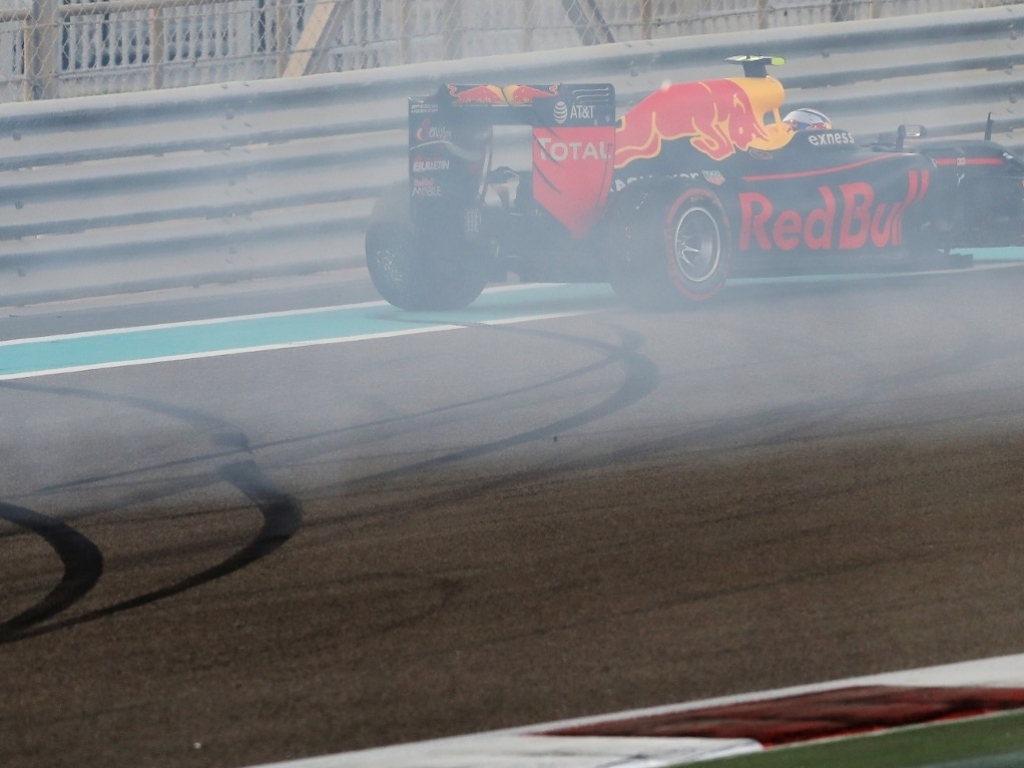 Max Verstappen was very pleased with his efforts in Sunday’s Abu Dhabi Grand Prix as he raced to fourth place despite an early spin dropping him to the back of the field.

Verstappen was racing Max Verstappen at the start of the 55-lap grand prix with both drivers trying to get through Turn 1.

There was contact and the Red Bull driver was pitched to a spin that dropped him to the back of the field.

“He couldn’t really see me. I tried everything to avoid him, but it didn’t work. I don’t blame him,” said Verstappen.

“I think Nico had a very good start. I think he didn’t expect me to be like half alongside.

“So he basically made the corner and for me there was nowhere to go, but I think it was a bit of a racing incident.”

But despite losing ground, Verstappen put in an incredible opening stint to run second before being overtaken by Nico Rosberg.

Using a one-stop strategy, he also lost out to Sebastian Vettel in the closing laps as the Ferrari driver was on much fresher tyres having done a long middle stint.

“I’m very pleased, after being last, after Turn 1, to have fought my way back and get just one stop.

“It was the best we could do.

“It’s quite normal that those who do a two-stop have better tyres, so normally they can attack you a bit more, and that’s what happen compared to Seb.

“I think it was a very good race.”