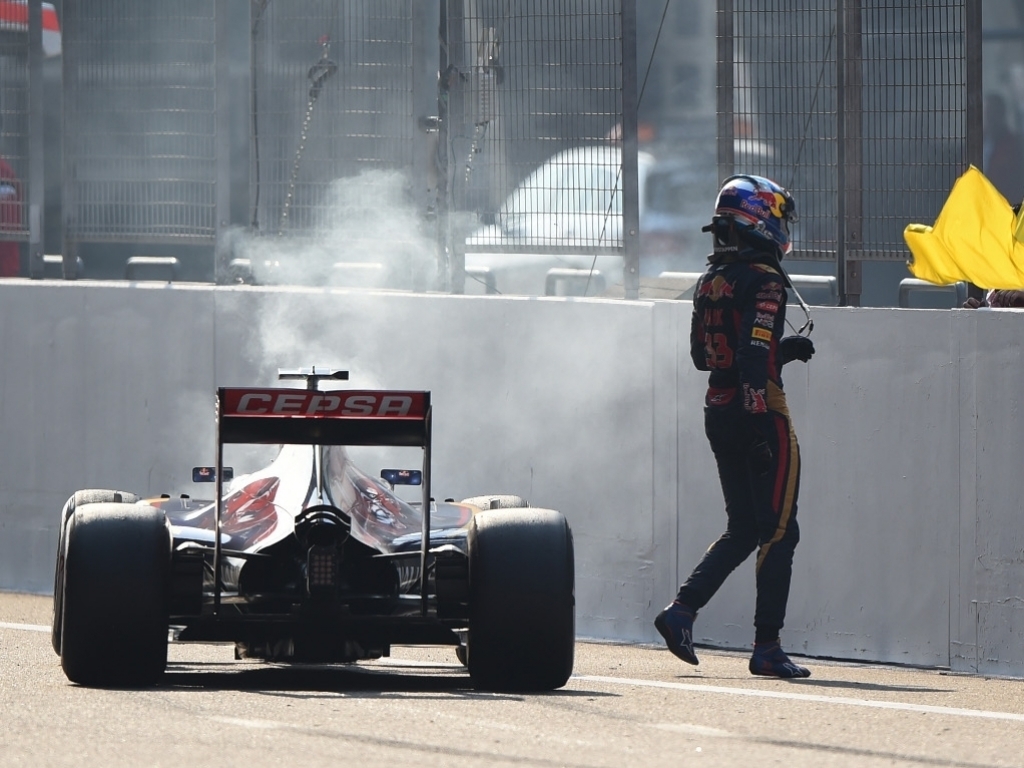 Max Verstappen admits it's difficult to stay positive when he continues to have DNFs through no fault of his own.

The 17-year-old Toro Rosso rookie has looked excellent when he has been out on track this season and he became F1's youngest points scorer when he finished P7 at the Malaysian Grand Prix.

However, that was the only time he has seen the chequered flag this campaign as he has had three retirements due to engine problems.

"Maybe that's a record," the teenager told Dutch daily De Telegraaf. "It's a bit ridiculous. Of course I’m worried about the future.

"I try to stay positive, but now my fist is hitting the table. This cannot continue, but I know they understand that too."

While sister team Red Bull have been pretty vocal about their frustrations with Renault, the Toro Rosso camp has been pretty quiet up until now, but Max's father, Jos, says people are starting to lose patience.

"[Team principal] Franz [Tost] is not happy," Jos said. "They are all a bit desperate, because there is nothing they can do. This is extremely frustrating. For the drivers, the engineers, for the whole team. It's wait and certainly hope for better times.

"I know that everyone at Renault is doing all they can to solve the problems, but that will not happen in three weeks. Formula 1 is a very competitive sport. In it you will have highs and lows. But this is a nadir."