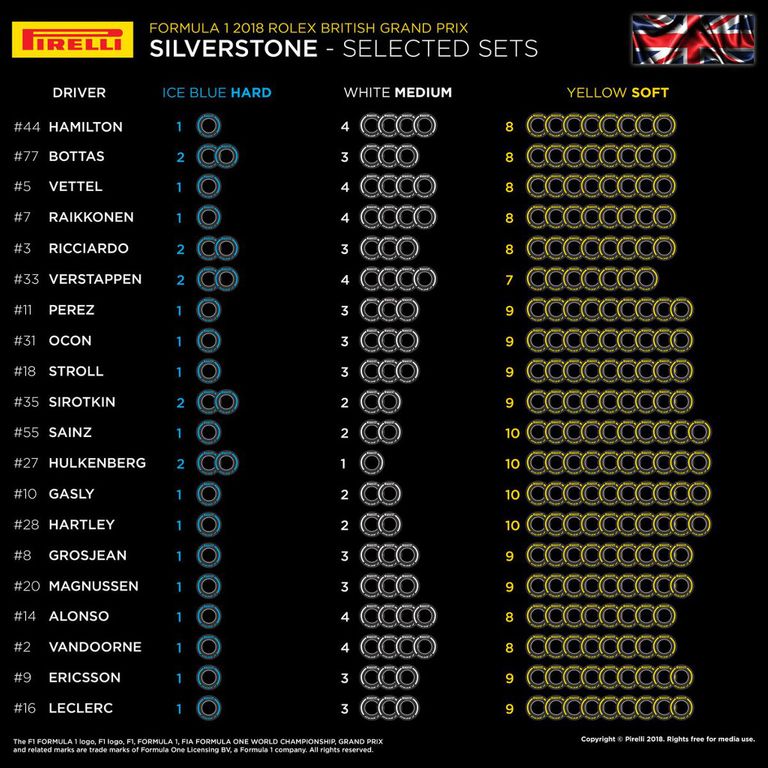 Max Verstappen and conservative don’t always go hand-in-hand but that’s exactly the approach the Dutchman has taken for the British GP, at least for tyre choice.

Verstappen has opted for seven sets of the yellow soft tyres for the Silverstone race, four mediums and two hards.

In contrast Carlos Sainz has one of the more aggressive tyre strategies with ten soft sets, two mediums and one hard.

At the front of the field, thoug, Lewis Hamilton has eight, four and one set of the blue-marked tyres, the exact same selection as his title rival Sebastian Vettel.

Yellow, White and a bit of Ice Blue. Time to unveil the #Fit4F1 orders placed for the #BritishGP! https://t.co/KlEyg57ZCu pic.twitter.com/mFjgoRPYHF