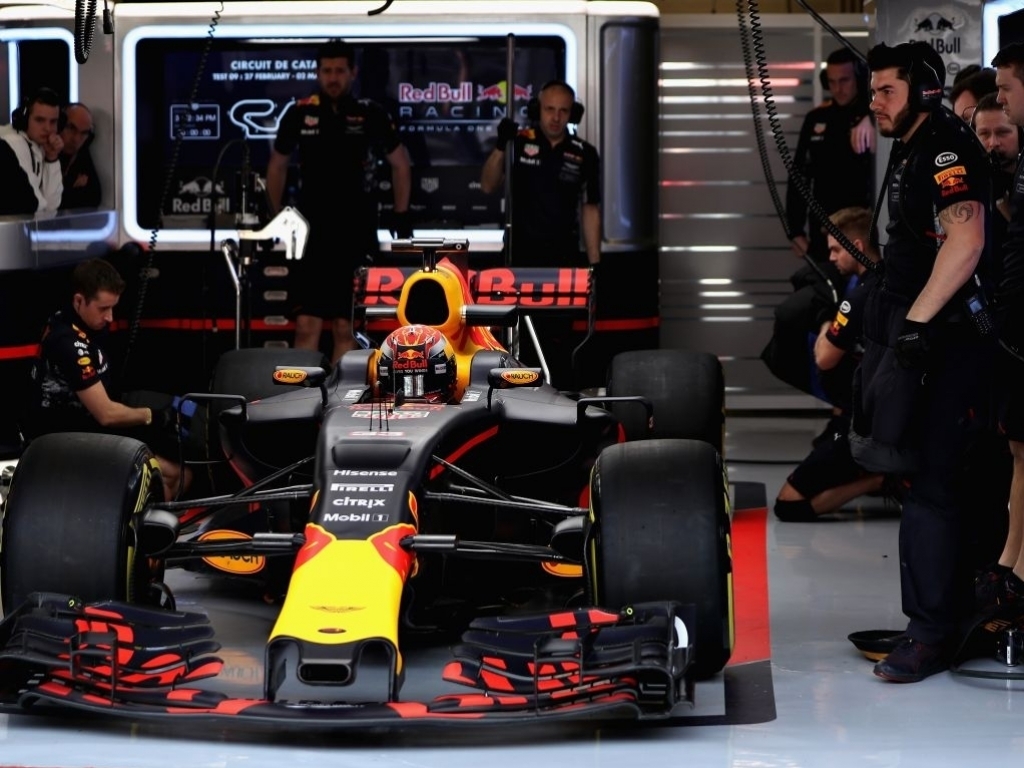 Red Bull's Max Verstappen was encouraged by the start he made on his first appearance of the season in the RB13.

The Dutchman finished P3 on Day Two and racked up 89 laps, enjoying a much more productive day than Daniel Ricciardo did on Monday.

Verstappen was pleased to report that the whole day had been a success and was happy with the RB13 performed.

"Today was very positive, we almost did everything we wanted," Verstappen said.

"Good impressions. We have done a lot of mileage. That was our goal, to test all the parts.

"We did that today and that's the most important. We had a very positive day, not too many issues and we did quite a lot of laps.

"[The car] felt good. Difficult to say where we are exactly but it was positive.

"The reliability today was pretty good.

"We didn't have any issues.

"It is important to get the mileage first because it is a new engine again but it's too early to say where we are with the engine.

"But they made a step and that's always positive."

Verstappen was also asked about how the different the car feels from last year.

You have a lot more traction," he added.

"That was very difficult last year, to find a good compromise to have good exit from the corners but with these wider tires and cars it's a lot better."