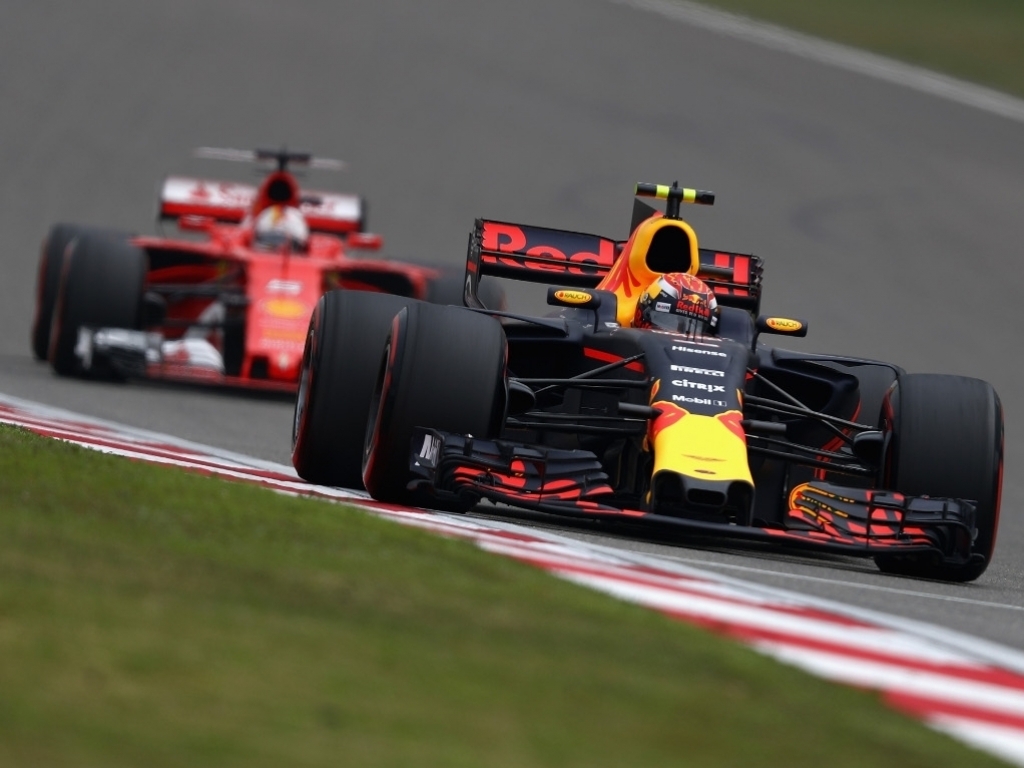 Max Verstappen is confident he could get the better of Lewis Hamilton and Sebastian Vettel if he had the same car as the leading duo.

The Dutchman announced himself for the 2017 season with stunning podium finish in China, but the race provided even more evidence that Red Bull are some way behind Mercedes and Ferrari who have so far traded victories in the opening two races.

But, when asked if he could beat Hamilton and Vettel with the same car they have, Verstappen had no doubt in his mind that he could challenge the both of them.

"Probably I will sound really arrogant, but for sure," Verstappen told BBC Sport.

"Of course that's the target. But it is really involved with how good the car is – I am 100% sure that if I had the same car as Lewis and Seb for sure I would be challenging them really hard.

"You have to believe in yourself. With the results I have had, or in the wet, or even in the dry, some races with a car that is not as good, to be able to be that close or reality fight for it, I am 100% sure if I had the same car, I can do it."

Verstappen is well aware, though, that his career plans may not pan out the way he wants, yet he still believes he can be a success in Formula 1 even without winning a World Championship.

"It's not always in your hands," he added.

"You need to be in the right team at the right time and hope they keep up as well.

"As long as you try to be the best you can, the fittest you are, that's also already a great achievement.

"At the end of my career if I didn't win a championship but I was still very competitive and was always up there and tried to extract the best out of myself, I can be happy with that as well."