Home Uncategorized Verstappen: I was the victim 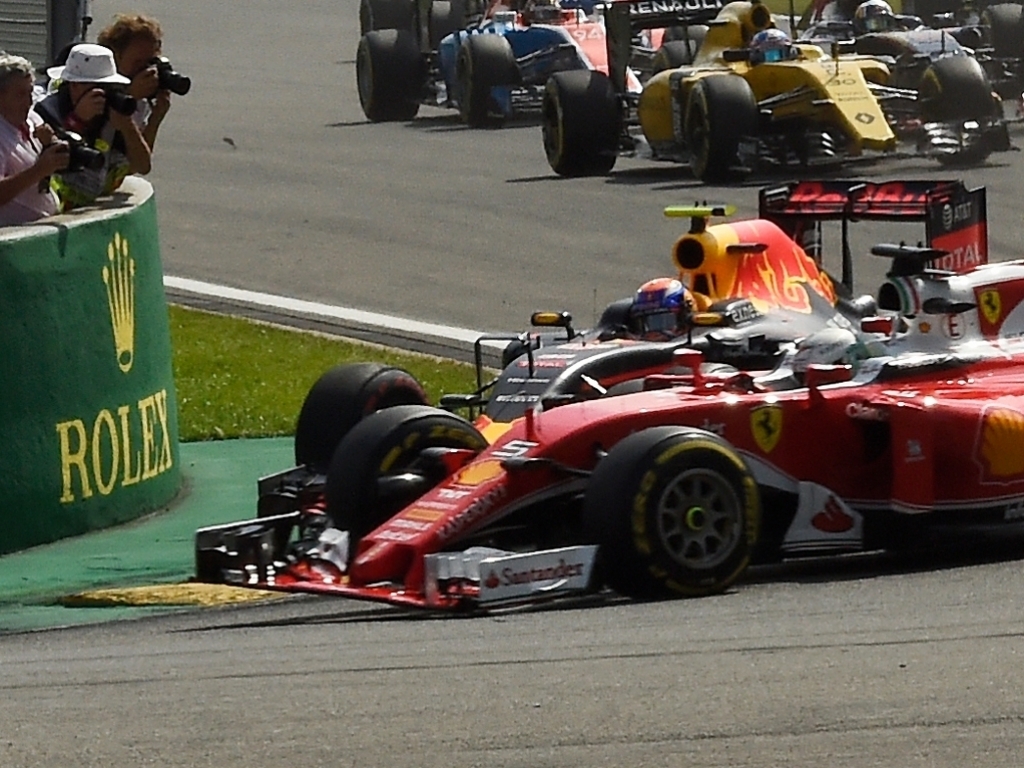 Max Verstappen has continued to defend his antics at the Belgian GP, insisting that he was the “victim” in the first corner contact – and that justified everything he did from there on.

The Dutchman was lambasted by Kimi Raikkonen and Sebastian Vettel, who were not only caught up in a first corner collision with Verstappen but later felt wronged in their on-track battles against him.

Both World Champions came out saying they fear Verstappen is on his way to a massive accident unless he curbs his dangerous driving.

The 18-year-old says he’s the victim in all this, not the Ferrari pairing.

“I was a victim in the first corner, you could see clearly I was on the inside, almost 90 percent,” he told Autosport.

“I didn’t lock a tyre, so it didn’t show I was diving up the inside, I was just trying to make my corner.

“First of all Kimi started to squeeze me but we are not touching each other but then Sebastian decided to turn in on both of us.

“He turned into Kimi and Kimi hit me so from there on, the front wing was destroyed and my floor.”

With that in mind, Verstappen says everything did after that first corner was justified.

He added: “They should understand that first of all they destroyed my race in Turn 1 so why should I say ‘OK here you can go’.

“Of course it was quite aggressive, but they destroyed my race so it’s not like I say you can take my position that easy as well.”