Home Uncategorized ‘Verstappen is ready for a title fight’ 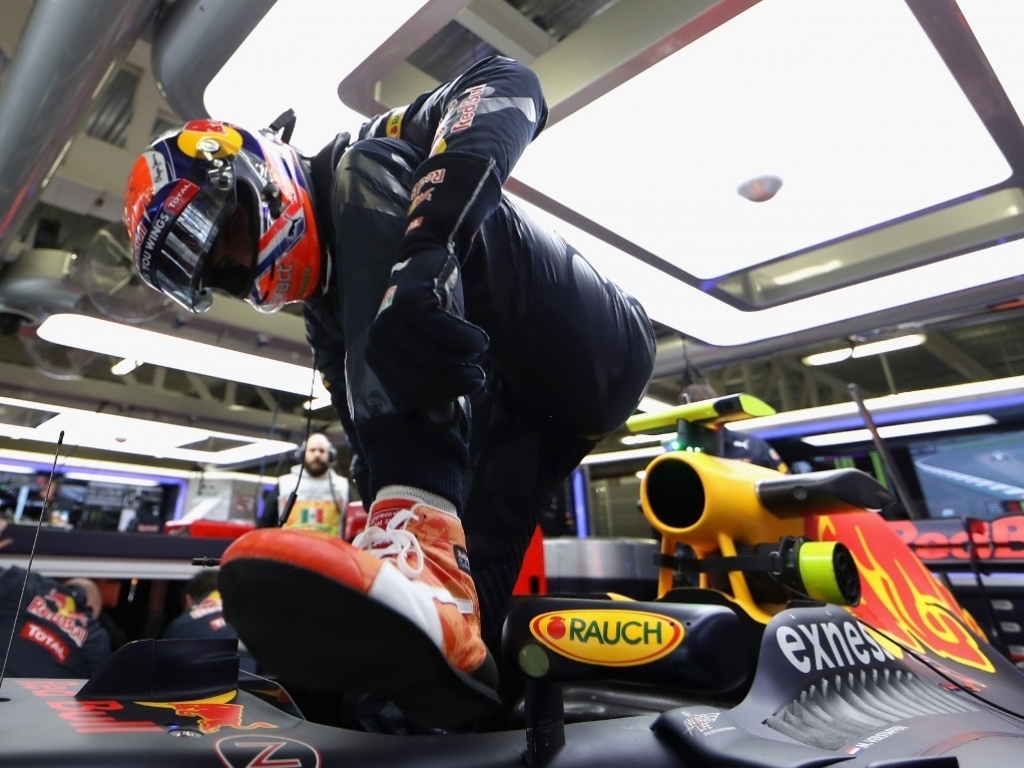 Max Verstappen is ready to fight for the F1 World title in 2017, he just “needs the right car” according to Red Bull motorsport advisor Helmut Marko.

In his second season in F1 Verstappen was promoted to senior team Red Bull Racing and immediately vindicated the decision as he took the chequered flag at the Spanish Grand Prix.

As results go it was the highlight of his campaign but incredible season-ending drives in Brazil and Abu Dhabi made it clear there is more to come from the teenager.

Such is his ability that Marko reckons he could be in the hunt for the 2017 World title.

“He just needs the right car,” the Austrian told the official F1 website. “But that goes for both our drivers – either can be champion next year – so hopefully we can deliver.

“Staying with Max, when I first met him he was 15 – a 15-year-old boy with the maturity of a 26-year-old man and an unbelievable self-confidence.

“Since then three years have passed and he’s had a sensational learning curve. He doesn’t make mistakes twice – so he is definitely ready for the title fight.

“There is no need for any more extra preparation: he knows the name of the game!”

Marko added that Verstappen’s displays in Spain and Brazil, where his antics in the rain earned him widespread praise, are proof that Red Bull made the right call signing the youngster.

“We were right to sign him and put him into Formula One at an age where everybody called us mad,” he said. “And that he has proved ever since that he is something special.

“He’s shown on many occasions that he is light years away from your common Formula One driver by winning his first race sitting in a Red Bull.

“Yes, the two Mercedes drivers took each other out so this win probably fell in our laps, but Brazil showed that he is not only above average but that he will be a great one.”

Verstappen’s driving, though, hasn’t always gone down well with his rivals.

Even the FIA stepped in to ban the ‘Verstappen block’ after numerous complaints that he was courting a huge crash by moving in the braking zones.

Marko sees nothing wrong with his driver’s antics.

“What I see is that he brings a completely new approach to the ‘reigning establishment’! He shows them again how racing should be – how it was in the past.

“I remember when guys like Senna and Schumacher came, they also had a different approach and were a shock awakening for the establishment of their time. They also were criticised massively.

“Now we have a young, hungry, sexy young driver, with a devil-may-care attitude about the spoils of former champions – whether they have won once, twice, three times or even four times.”