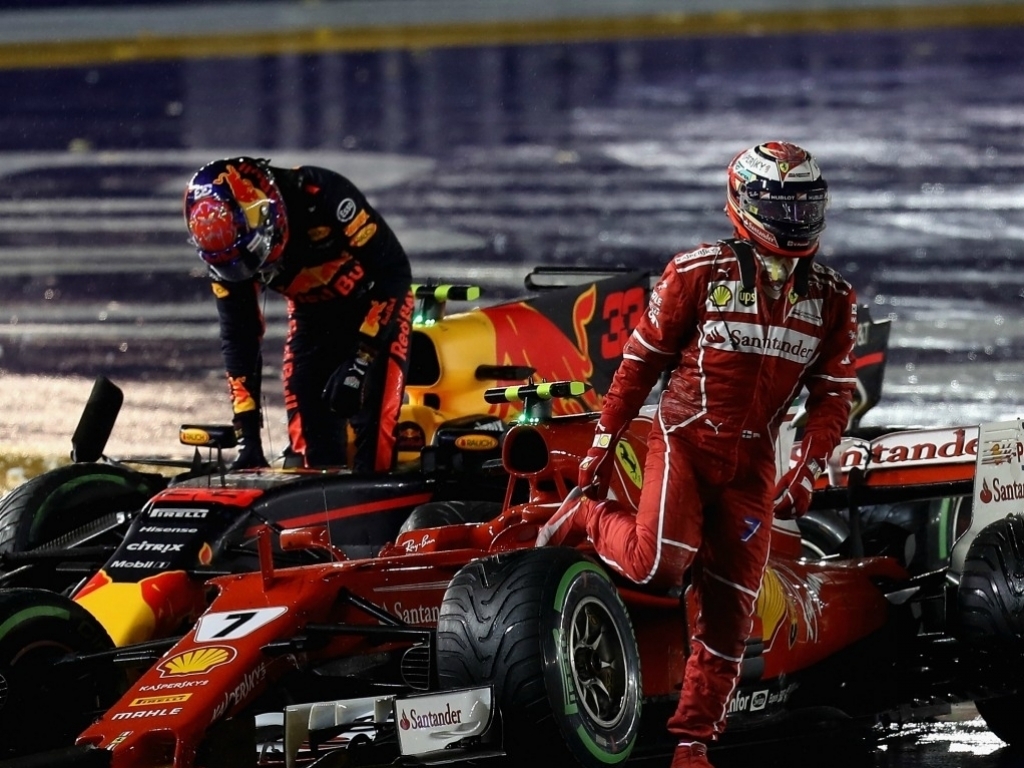 Max Verstappen has blamed Sebastian Vettel for the creating the chaos that ended both their races, as well as Kimi Raikkonen's, on the first lap.

Vettel came over to the left off the start to cover the Dutchman but, with Raikkonen making a flying start on the outside, Verstappen soon became the meat in a Ferrari sandwich.

Raikkonen then clattered into Verstappen again at Turn 1 ater losing all control, while Vettel's damage led to him spinning out just seconds later and losing his front wing when slamming into the wall.

“I think mainly Sebastian started squeezing me. Maybe he didn’t see Kimi on the left but that’s not an excuse," Verstappen told Sky F1.

"If you are fighting for the world championship you shouldn’t take those risks squeezing someone that much. You can see what happens. Lewis is leading the race and the three of us are out.

“I don’t think it was a racing incident. They took in total three cars out and I was in the middle doing nothing wrong. We’ll see what happens.

"I’m happy not only I retired but all three of us so we all have a bit of pain."

Lewis Hamilton would profit from all the drama and extend his World Championship lead to 28 points.