Home Uncategorized Verstappen: No issues at all with Ricciardo 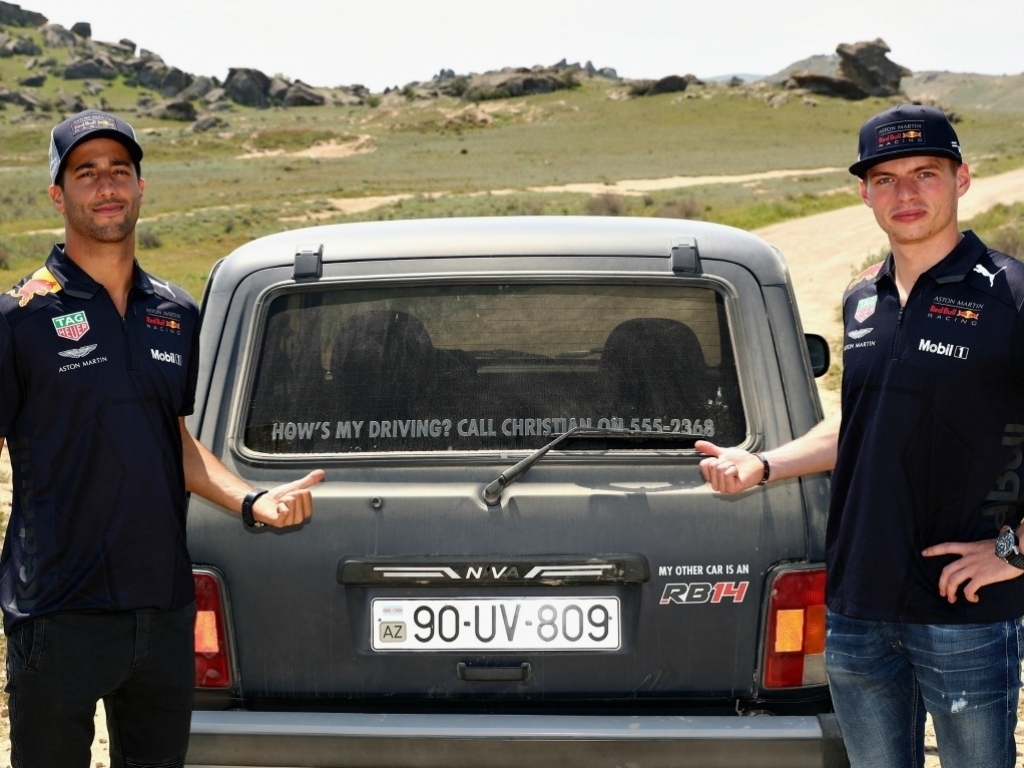 Max Verstappen has said there has been no falling out with Daniel Ricciardo over their collision at the Azerbaijan Grand Prix.

The Red Bull duo battled throughout the crazy race in Baku until the inevitable tipping point came on the run down to Turn 1 when Ricciardo went into the back of Verstappen, who moved twice whilst defending.

The collision resulted in another double DNF for Red Bull and both drivers felt the wrath of their bosses in the immediate aftermath of the incident.

But Verstappen has revealed to Autosport that the accident has not created any friction with his team-mate.

“Obviously we talked about it,” said Verstappen.

“Daniel and I are completely okay with each other. We can both see that what happened isn't good for the team. We'd already had some tough battles, but everything was fine.

“It was hard but fair. Now we'll obviously need to go to the team in Milton Keynes and apologise.

"But then we need to stay positive, because I think we have a really good chance coming in Barcelona. We've got a lot of updates on the car, it all looks really good.”

Verstappen did concede that he is worried about the prospect of team orders, just like Force India introduced last year, but is of the opinion that they have not reached Esteban Ocon v Sergio Perez levels just yet.

"That's good, but we need to think about the team as a whole – and at the end of [Sunday] we didn't do that.”