Home Uncategorized Verstappen: No need to speak about whose fault 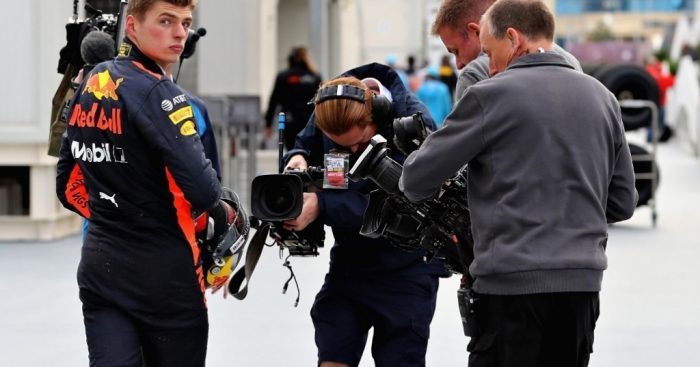 After 39 laps of great wheel-to-wheel racing, Max Verstappen and Daniel Ricciardo threw away a double points-haul in Baku with Verstappen saying it was “unnecessary.”

The team-mates fought throughout the Azerbaijan Grand Prix, even banging wheels at one stage.

However, it all came to naught on lap X.

Verstappen had leapfrogged Ricciardo in the pits with the Aussie chasing hard.

He made his move, dummying Verstappen, who responded with a double block.

“Really disapointing for the team, we lost a lot of points today, unnecessarily,” said Verstappen.

“I don’t think we need to speak about who’s fault.

“We are racing for a team, representing a lot of people and this happens, it’s just not good for both of us.

Asked if Red Bull should have used team orders, the Dutchman replied: “The tow was very strong, so as soon as he was in front I was catching up again.

“We were pretty similar speed and always very close.

“I think before that it was hard racing but fair.

“We gave each other space.

“What happened afterwards is not good.”

Red Bull now face the unenviable task of calming things down, and questioning whether team orders will need to be implemented in the future.

Verstappen added: “This has happened before and you learn from it.

“We have to make sure it does not happen again.

“We will speak with the team but what we’ll do in the futre.

“I don’t think letting us not racing any more is the way forward but we’ll take about it and see what happens.”