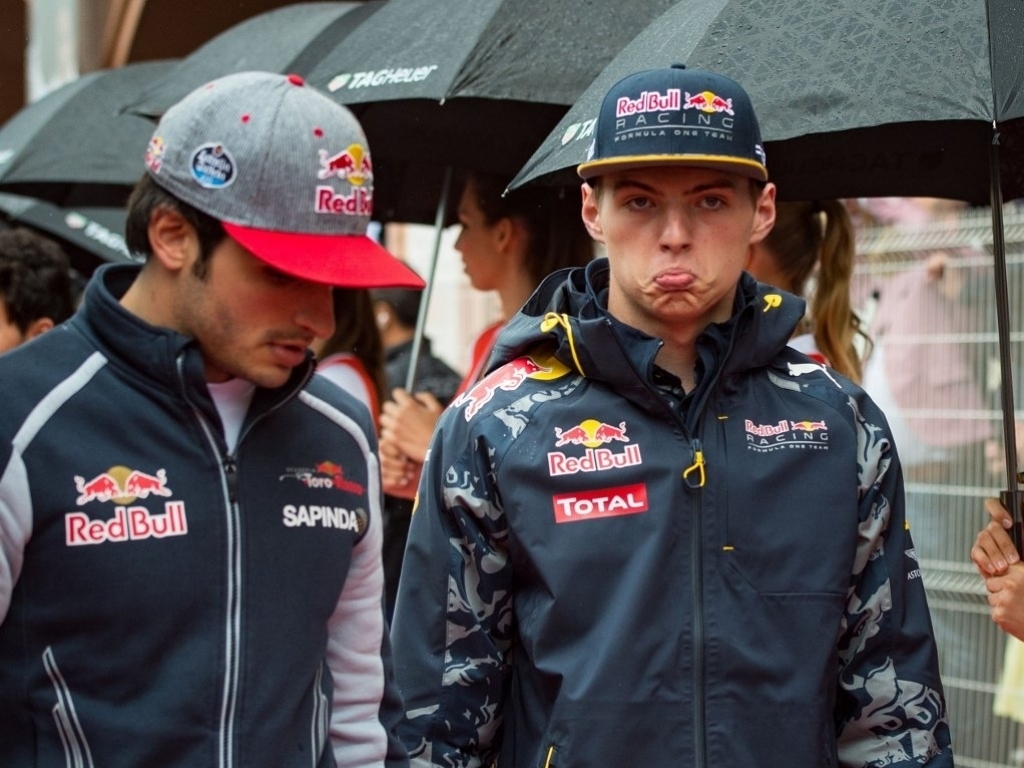 Max Verstappen says he does not feel any pressure from Carlos Sainz after Red Bull opted to keep the Spaniard within the family.

In the build-up to the Austrian Grand Prix, Toro Rosso announced that Red Bull had taken up their option on the 21-year-old who would spend a third season at the junior team in 2017.

With Sainz on the payroll for another season, Red Bull have once again ensured a strong line-up in both teams giving them the option to move drivers around if need be – as they did with Daniil Kyvat earlier this year.

However, Verstappen, who was the one promoted to Kvyat’s Red Bull seat, says he is not worried about the team’s decision to retain Sainz.

“No, I don’t feel the pressure from Carlos to be honest,” he said.

“I think I’ve shown at Toro Rosso how to beat him in the races and in qualifying. In general, I never really feel pressure so it’s OK for me.

“But at the end, you always try to do the best possible job and I think that’s always the approach in whatever team you are. And as long as you do a very good job, you have more opportunities than only one team.”

“You always try to fight for yourself, isn’t it? You try to do the best possible job. They chose me and I’m of course very happy with that.”