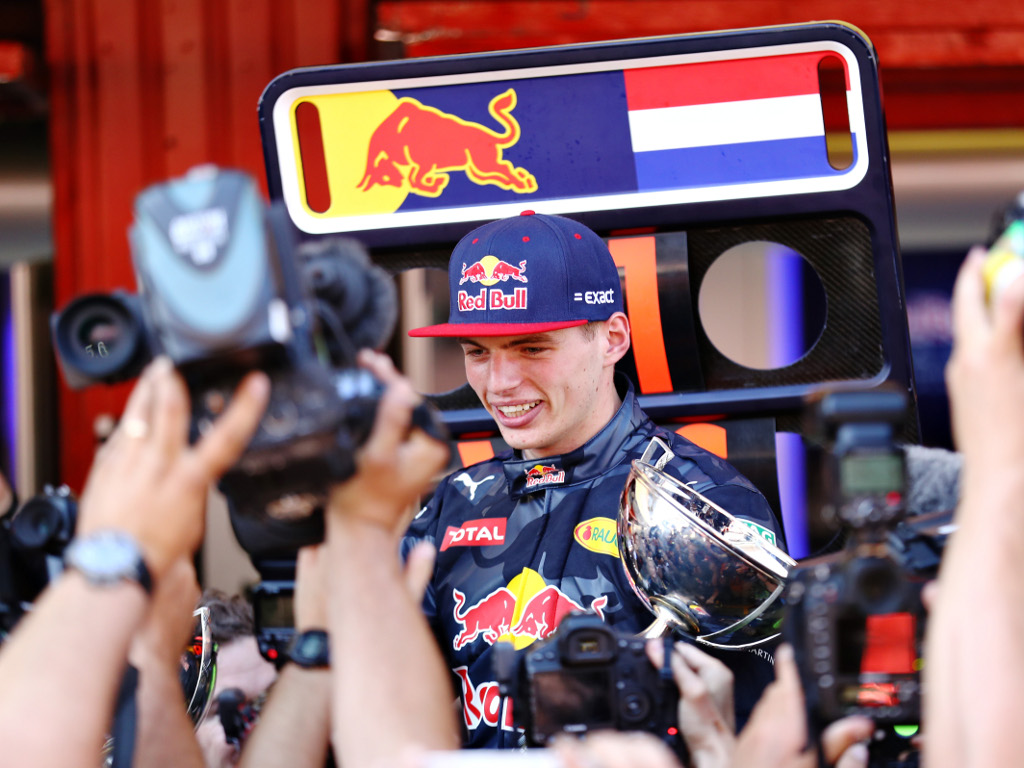 Teenage racer Max Verstappen made history on Sunday as he became the youngest driver to win a F1 grand prix and Red Bull’s first debutant to take P1.

Just two years ago Verstappen was racing in the European Formula 3 Championship when Red Bull offered him a Toro Rosso drive.

He made his F1 debut at the tender age of 17 years and 166 days, eclipsing Jaime Alguersuari’s record by almost two full years. Both drivers started their careers at Toro Rosso.

Two races in the Dutch driver set another record as his P7 in Malaysia saw him become F1’s youngest points scoring at 17 years, 180 days. Again he did it two years earlier than the previous record, which had been set by Daniil Kvyat.

That, though, would not be the last time that Verstappen would put the Russian driver in the shade.

Just four races into the 2016 season, and after a wretched showing from Kvyat at the Russian GP, he was dropped in favour of promoting Verstappen to Red Bull Racing.

He became Red Bull’s youngest driver and, days later, their first to win a grand prix on debut.

Holding off Kimi Raikkonen in the latter stages of the Spanish Grand Prix, Verstappen turned his P4 on the grid into a P1 at the chequered flag.

He now holds the record for F1’s youngest race winner and youngest podium finisher. The previously record belongs to Sebastian Vettel, who won the Italian GP with Toro Rosso at 21 years, 73 days.

Verstappen is also the youngest driver to lead a grand prix and the first Dutch driver to win an F1 race.

So what awaits him?

He still has two years to become the sport’s youngest polesitter and just short of five years to break the record for youngest World title winner.

And with a good 15 or even 20 years ahead of him and signs of improvement from Red Bull, don’t be shocked if Max challenges Michael Schumacher’s unprecedented seven World titles.