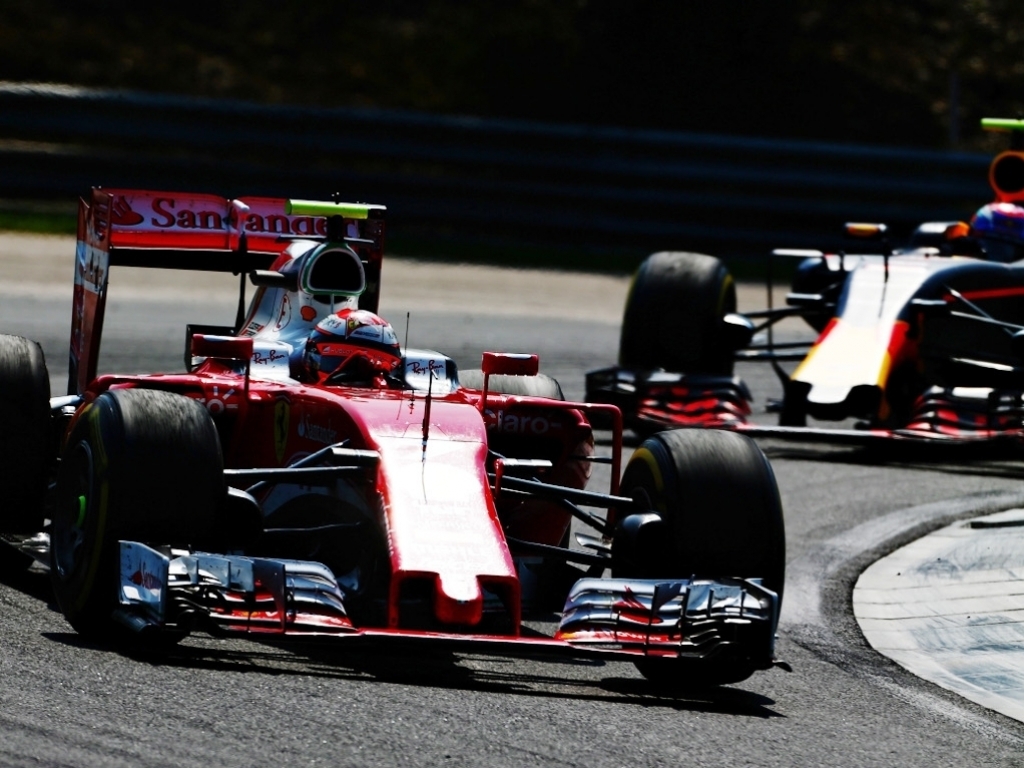 In a thrilling battle for P5, Red Bull youngster Max Verstappen defended his style of driving after being attacked constantly by Kimi Raikkonen on the Hungaroring.

During the latter part of the race, Raikkonen continuously hounded the Dutchman for P5 but couldn’t quite make any attempt at an overtake stick as the teenager refused to give up his position.

At one point, during one of the Finn’s onslaughts, the pair touched and the Ferrari driver’s wing got slightly damaged. Luckily both drivers weren’t hindered by the incident and continued racing.

“I think it’s good you get to hear Kimi on the radio finally,” Verstappen told Sky F1.

“I have no issue with that, I think everything was fair. I only moved once.

“It would be very strange if I would get penalised I think. I could see him coming, he was very optimistic to dive into the inside so I went to the inside and he had to break – he locked up and hit the rear of my car, or my tyre I don’t know. That can happen.

“I was just doing my race.”

The 2007 World Champion was tight-lipped on the matter after the race and even applauded the car’s performance.

“It’s not my decision whether it was correct or not. I’ve seen people penalised for much less,” he said.

“I’m disappointed cause I couldn’t get past him and get to the rest, but the car was behaving well and we had good speed.”