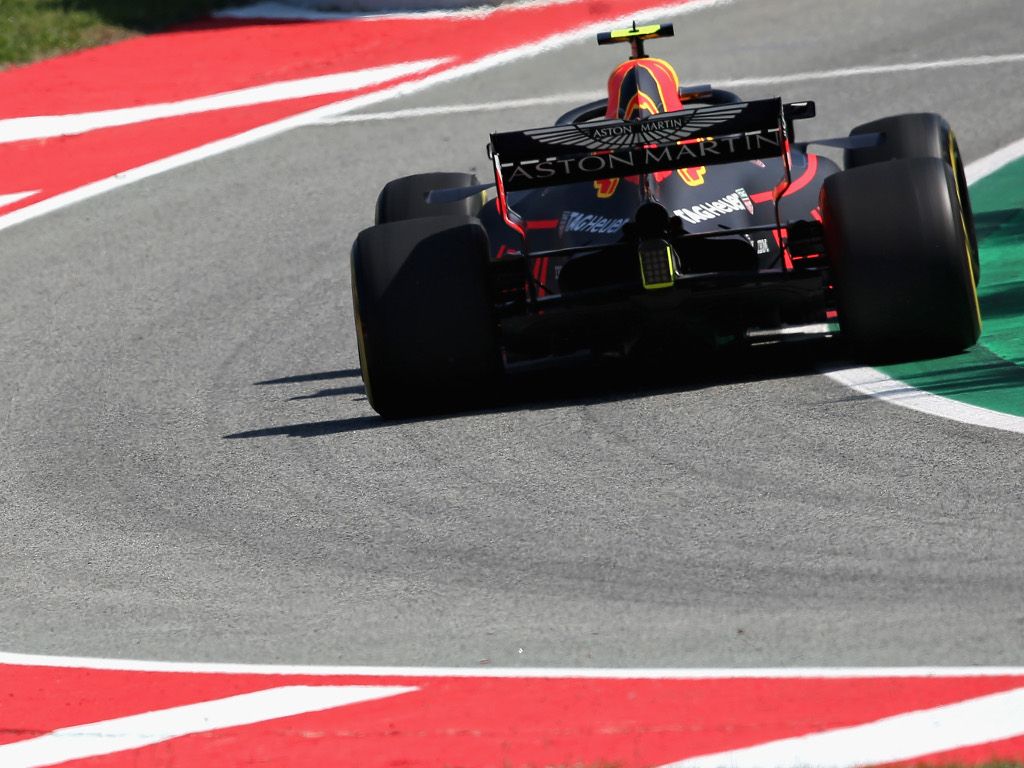 Max Verstappen topped the timesheet on the opening day of the first in-season test in Spain, while Toro Rosso’s programme was disrupted by a precautionary engine change.

The Dutchman, fresh from his podium of the season at the Circuit de Catalunya, finished the day with a best time of 1:17.528 on supersofts and 145 laps under his belt on a very productive day for Red Bull.

Carlos Sainz finished just 0.034 seconds behind in the Renault, while Sebastian Vettel completed the front three by being a tenth slower than the leading Dutchman.

Lunchtime leader Romain Grosjean slipped down to P4 in the standings, not improving on his best morning time of 1:18.449, as Lewis Hamilton, who trialled new rain lights on the rear wing of the W09, completed the most laps of any one (151) on his way to a P6 finish.

Sandwiched in between Grosjean and Hamilton was Force India’s development driver, Nicholas Latifi, who improved his best time to a 1:18.530 in the afternoon.

Stoffel Vandoorne, in P7, made up for lost time after being restricted to the garage on Tuesday morning, racking up 83 laps after his delayed start. Brits Lando Norris, P10, and Oliver Turvey, P13, shared the other MCL33 to carry out data accumulation for the Pirelli tyre test.

Another Brit in George Russell was on Pirelli testing duties for Force India, down in P11.

Antonio Giovinazzi was back in the Sauber car for first time after missing out on a full-time Formula 1 driver in 2018 and came home behind Vandoorne in P8.

Oliver Rowland, in his on-track debut for Williams, was nestled in P9.

Testing update: Due to a chassis-related issue, we have had to change the power unit as a precautionary measure.

The team is pushing hard to get the car back on track before the end of the session #F1 pic.twitter.com/AK5WSv0OHy

Completing the Day One timesheet was Sean Galael in the Toro Rosso, but he was limited to just 50 laps after the Red Bull junior team confirmed that they needed to carry out a precautionary engine due to a ‘chassis-related issue’.

Galael was able to re-emerge from the garage, though, with 15 minutes of the day remaining.

The second and final day of the first in-season test will start 0900 local time and finish at 1800 local time, with the likes of Valtteri Bottas, Charles Leclerc and Robert Kubica in action.

Here’s where we’re at 👇 after a full day of #F1Testing! pic.twitter.com/lH3tOs7O20