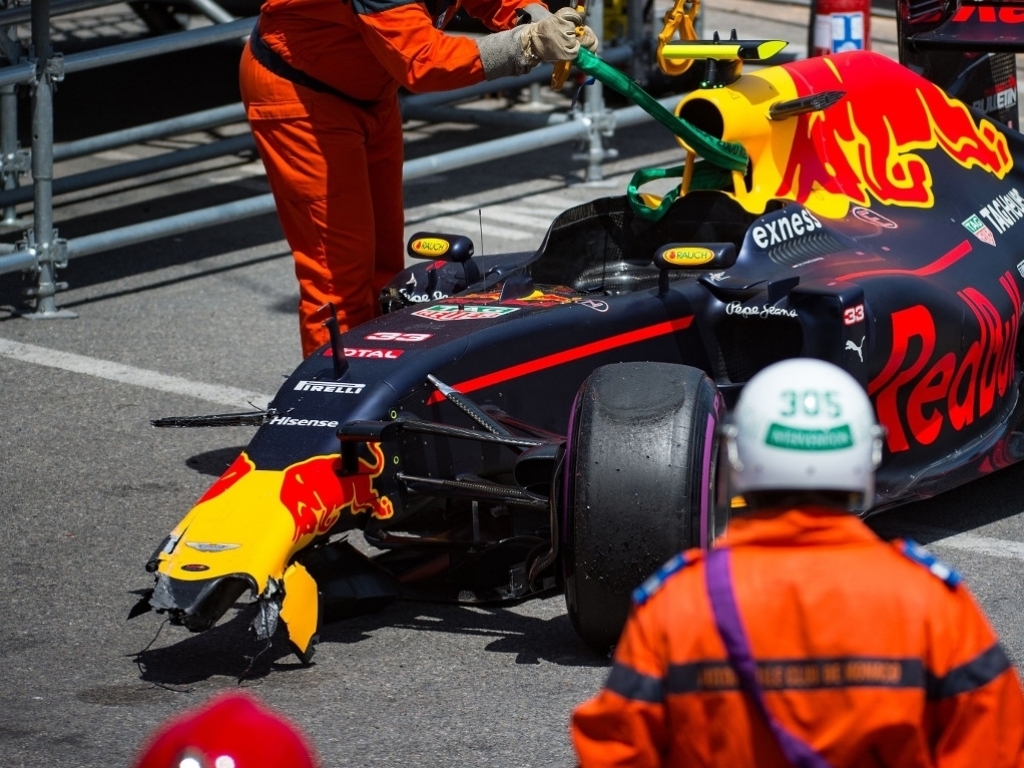 Max Verstappen was left to rue a “miscalculation” that put him into the barriers and out of qualifying in Monte Carlo.

The Red Bull driver crashed early in Q1 without a proper hot lap time to his name.

With his RB12 nose first into the barriers at the Swimming Pool chicane, he was out of qualifying and down in 21st place.

“I turned in too early, so I clipped the wall, broke the suspension and went straight into the wall,” said Verstappen.

“I couldn’t steer anymore and just went straight into the barrier.”

He added: “A miscalculation, just turned in a fraction too early, slightly touched the barrier.

“That, of course, is easy to say afterwards.

“You don’t want that to happen, especially in Q1 with a car that is comfortably top four with the end result.”

The Dutchman will now start the grand prix at the back of the grid and admits it is going to be a “difficult” Sunday afternoon.

He said: “We’ll see what happens tomorrow, but if you start 21st, it will get pretty difficult.”