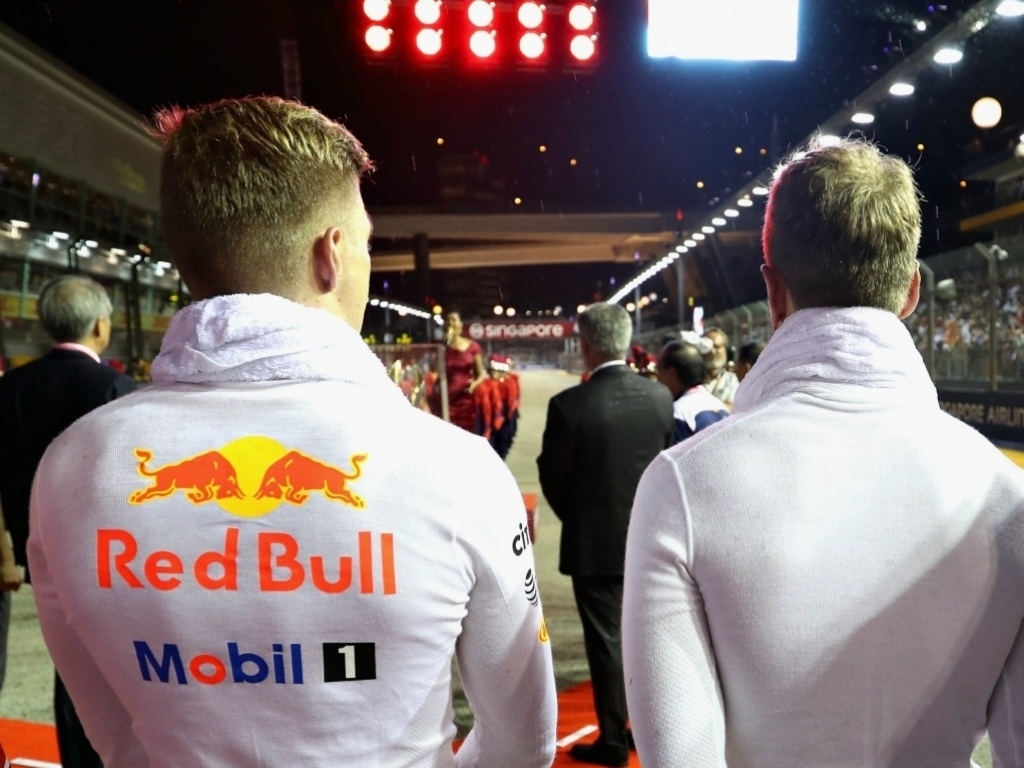 Max Verstappen has revealed that Sebastian Vettel has not apologised following the chaotic start to the Singapore Grand Prix.

Verstappen blamed Vettel for the incident as the German came over the left to cover him off, while Kimi Raikkonen attacked down his left side.

Verstappen, who said he was caught in the middle of a Ferrari sandwich and maintained his line throughout, had a quick conversation with Vettel about the crash, but the Ferrari driver does not feel he is to blame.

When asked if Vettel had said sorry for his part, Verstappen said: “No.

“He did say something like, ‘yes, in hindsight things could have been done differently’. But what’s done is done.”

“Vettel is fighting for the championship, so you don’t need to take so much risk if you know that Hamilton starts fifth,” Verstappen added.

“If this would have been with Hamilton then it would have been a completely different story. From his [Vettel’s] side, I don’t understand that something like this happens.”