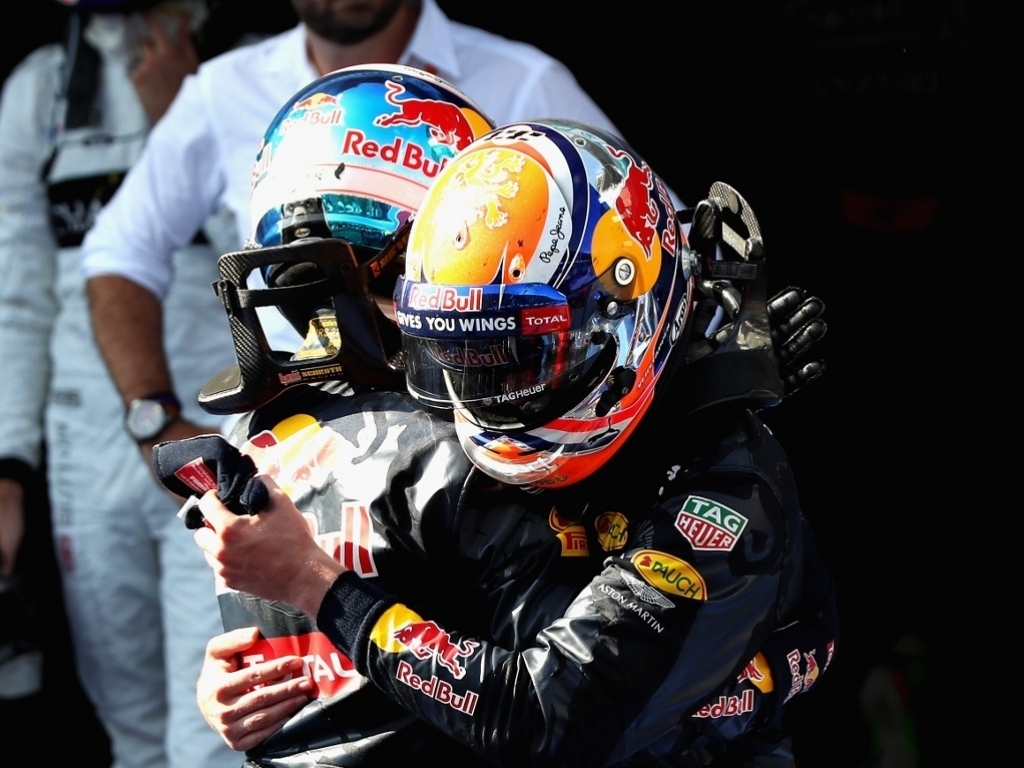 Max Verstappen has revealed that he was free to race Daniel Ricciardo at Sepang, adamant he was pushing “really hard” to the very end.

Having initially fought over second place, the Red Bull drivers found themselves vying for the victory when an engine failure on lap 40 put Lewis Hamilton out of the race.

Red Bull pitted both drivers for soft tyres under the Virtual Safety Car, however, only Ricciardo had new ones with Verstappen’s already three laps old.

They emerged from the pits with Ricciardo two seconds ahead and although Verstappen reduced that advantage to 1.4s, he fell off the pace in the final laps.

Ricciardo raced to the victory, taking the chequered flag by 2.4s over his team-mate, as Red Bull recorded their first 1-2 since

“I was pushing,” Verstappen told Motorsport.com.

“But also when you get very close, it overheats tyres and I was on old tyres.

“It was very difficult to get into DRS and, like I said, if you are on old tyres – with new tyres I had a few laps advantage but on older tyres to get within a second is very hard.

“Until the last lap we were pushing really hard.

“The team said we were free to race but in a clean way and that is what we did.”

Despite finishing second, Verstappen was awarded his fifth ‘Driver of the Day’ by Formula 1 fans.