Home Uncategorized Verstappen: ‘We could have taken second’ 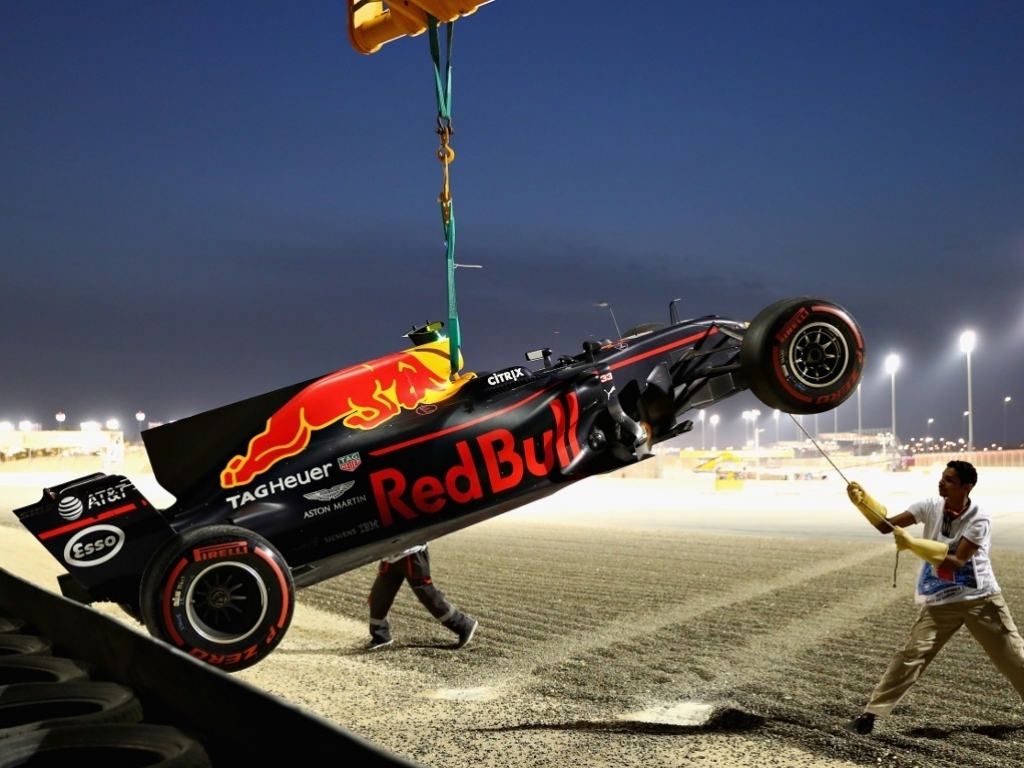 Max Verstappen rued the fact that Red Bull “lost a lot of points” after a brake failure ended his race in Bahrain after just 11 laps.

Red Bull had followed Ferrari in performing an early pit stop as they both tried to undercut the Mercedes drivers out in front, but Verstappen’s race proved to be very short-lived after coming to a sudden stop.

“I had a brake failure on the rear,” Verstappen confirmed.

“The car was performing a lot better and we did the undercut on the two Mercedes so could have taken second place. We lost a lot of points today.”

He then added on social media: “After a great start we had the right strategy and pace. Too bad a brake issue prevented me from finishing, but that’s racing.

“At the beginning of the race I genuinely thought we had a chance in this race,” Ricciardo said.

“It looked like Valtteri was struggling in front of me and I was looking after my tyres. But then with the safety car came out and we switched to the softs and they never ‘switched on’ as we say.

“I really struggled with that restart – that soft tyre never came good for us as it didn’t in China. I was on Massa’s pace today and we know we are quicker than that.

“It’s obviously frustrating that the softs are not working with us. Obviously you could look at the Mercedes and the Ferraris – they have a lot more downforce than us so the softs work for them but it highlighted our problem and it’s something we can now address”.