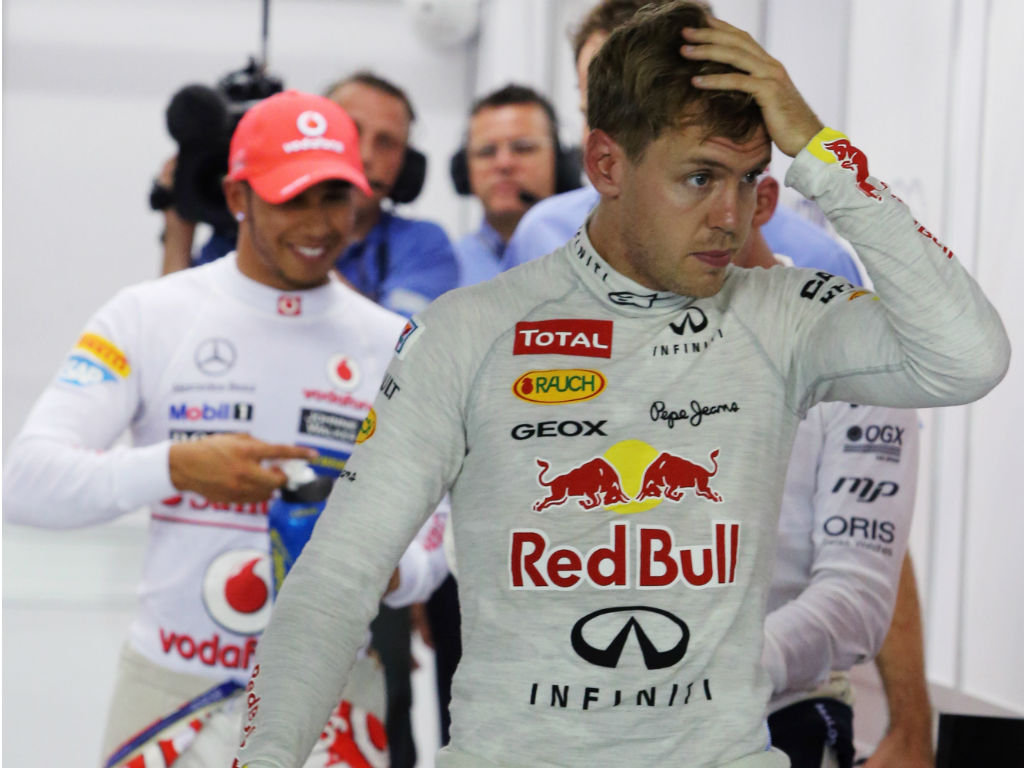 Sebastian Vettel admits he was disappointed not to secure pole position in Singapore as he believes he had the pace.

The German was in fine form throughout the weekend’s practice sessions at the Marina Bay circuit, claiming the hat-trick. However, it wasn’t able to make it count on Saturday night.

“Yes, a little disappointed, especially about Q3. I don’t know why we could not do the step,” said the 25-year-old.

“Third is a good position. It’s a long race tomorrow, a lot of things can happen.

“The pace is there but if you do not do the last step in qualifying it is a shame as the speed was there, but it didn’t come together in the end.”

Pressed as to why he suddenly was not able to challenge Hamilton, he said: “I don’t know, to be honest.

“I think the speed was there but we were not able to really improve. I was confident we could go quicker, somewhere lower in the 1m46s region.

“In Q2 we could just not pick up the speed and in the end I was struggling to pick up the lap I did in the beginning.

“A bit disappointed but the speed is there, the race is long. It is important to be in the right place at the right time.”