Home Uncategorized Vettel: A lie to say that was under control 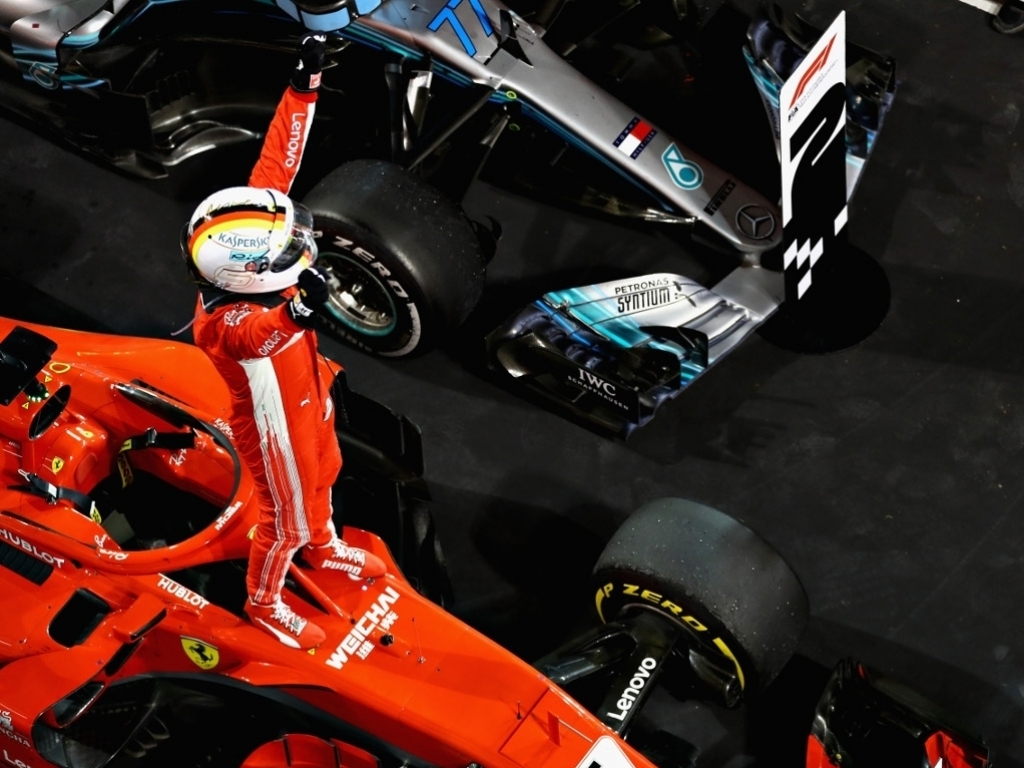 Drivers may often say they had a close win under control but Sebastian Vettel admits that was a “lie” in Bahrain.

The German raced to the victory by a mere 0.699s ahead of Valtteri Bottas and for the final 10 laps it looked as if it was the Mercedes driver who would take it.

Gambling on a one-stopper on the soft tyres to cover Bottas’ one-stop on the mediums, Vettel ran almost 40 laps on the yellow-marked tyres.

As they began to fall off in the closing laps, Bottas began to close the gap – reducing it from 7.6s to less than a second.

Vettel, though, held on for the win.

“I think I came on the radio with ten laps to go, “I have everything under control” – I don’t think they broadcast that one,” he admitted.

“There was nothing under control.

“When they told me the pace of Valtteri I was like there was no way I could do that.

“I was doing the maths, oh, that pace, he’s going to catch me.

“I tried to keep it as clean as possible.

“I think by going onto the prime, they saw what we did and went onto the medium, and I thought it was check mate because we have to come in again.

‘That was the original plan but we diverted.

“It worked, but just.

“Valtteri had a bit of a sniff but he ran out of laps.”

Pointed out to him that it was as far back as 1982 when the guy who won the first two races of the season didn’t win the championship, Vettel replied: “They had less races in 1982.

“Those things sometimes work for you and sometimes against you.

“Doesn’t matter we won so a great feeling tonight.”