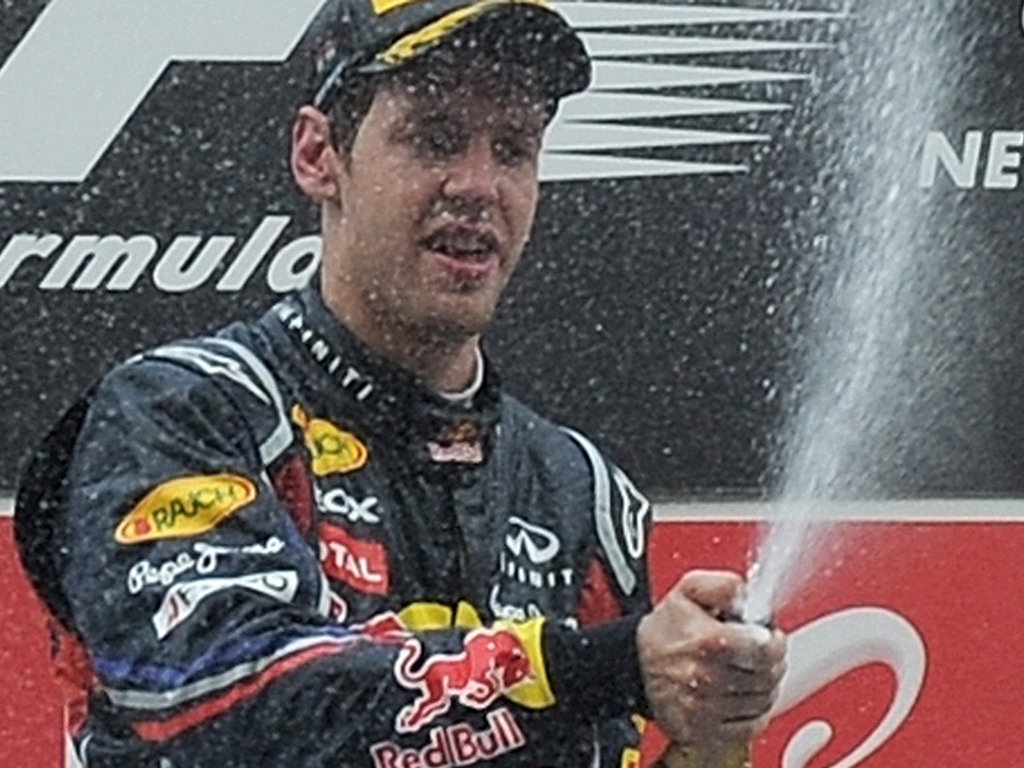 Sebastian Vettel led all 60 laps on his way to victory at the inaugural Indian GP but reckons there are still lessons to be learnt.

And although Button tried to close the gap to the reigning World Champ, it proved to be impossible with Vettel banging in fastest laps on his way to a comfortable lead.

However, there were a few occasions when Button was able to close up just a little bit and that was when they pitted, which Vettel says is something Red Bull need to look into.

But, all in all it was a comfortable Sunday drive and an 11th win of the campaign for the Red Bull driver.

“It was a very good race for us, I enjoyed the time in the lead very much,” said Vettel.

“I had a little bit of a fight with Jenson in the distance, he was always about four seconds behind. Strangely he kept closing in around the pit stops, as I was pushing very hard in and out of the box but we seemed to lose a bit there.

“So we need to understand that, but on the circuit it was crucial to manage to tyres and to make sure we had enough left at the end.

“All in all it was a very smooth race, the car was very well balanced and I even felt a little bit more confident on the hard tyres in the end.”

The race, though, began on a sad note with the drivers, team personnel and fans paying tribute to the late Dan Wheldon and Marco Simoncelli, both of whom died from racing accidents earlier this month.

And Vettel admits that while racers understand the risks, there’s always a heavy heart when reality hits home.

“To be honest with you, it is a little bit mixed emotions,” he said. “On the one hand I’m very, very happy as it’s the first grand prix in India and I’m very proud to be the first winner.

“But on the other hand, looking back at last weekend we lost two of our mates. I didn’t know Dan Wheldon but he was a big name in motorsport.

“This year I got to know Marco Simoncelli, and obviously our thoughts are with them.

“Yes we are ready to take certain risks when we jump into the car, but we pray that nothing happens. Sometimes you get reminded and it’s the last thing that we want to see.”