Home Uncategorized Vettel: A long year of ups and downs 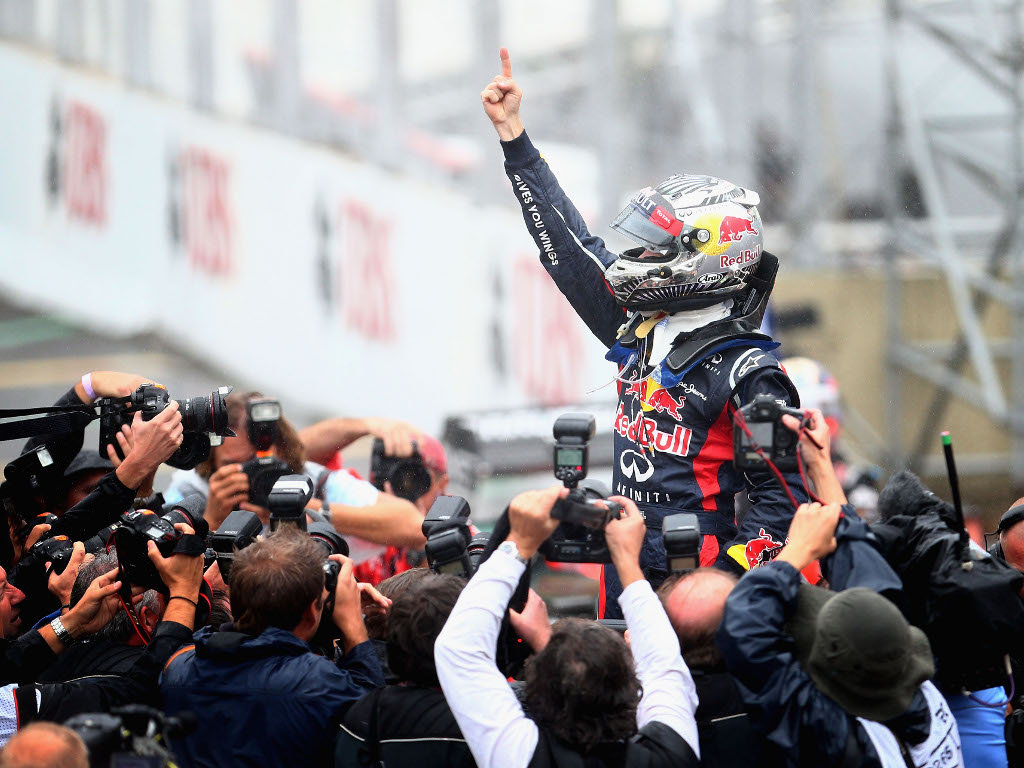 Seb Vettel believes 2012 was his toughest season to date, especially as he struggled to repeat his qualifying form from the previous campaign…

Sebastian Vettel believes 2012 was his toughest season to date, especially as he struggled to repeat his qualifying form from the previous campaign.

While in 2011 the Red Bull racer begun 15 grands prix from pole position, this season he managed the feat just six times with only two additional front row starts.

As a result Vettel was not able to pull away from the chasing pack and instead was forced to fight for track position, claiming just one victory in the opening half of the campaign.

The German, though, put in a late burst at the end, securing four consecutive race victories which gave him the boost needed to overhaul Fernando Alonso in the Drivers’ Championship.

Going down to the wire in Brazil, Vettel wrapped up his third successive World title by three points over Alonso.

“I think yes; it was a long, long year of ups and downs,” he said during the Autosport Awards, where he was named International Racing Driver of the Year, when asked if this past season had been his toughest.

“Maybe in the beginning I didn’t have the car I liked – maybe it was competitive in the race but in qualifying it was difficult for me to find that extra step.

“At the end of the season though we got more comfortable, it felt better. Obviously we had some tough luck early in the season but in the end we scored some big points and were in the lead.

“Waking up on Sunday morning in Brazil I didn’t expect so many things would happen, I think the season was summed up in that race. I didn’t go as planned…

“Obviously it was a horrible feeling to see cars coming one way and me going the wrong way. I got the hit from behind and got turned around, so I quickly tried to pull the clutch and roll down the hill to not break the car.

“It was very difficult to work out how much damage I had but I realised quickly I had survived. And then after that potentially everything that could have happened, happened.

“Time goes by quickly if you look back now. I remember my first Friday with BMW Sauber and now it is five years ago. For me it sounds like a big number but it doesn’t feel like it.

“You do grow up, there are certain things you realise in the car, you get a bit more experience, a bit more relaxed.

Sergio Perez and Bruno Senna crash at Interlagos”I had a very good night Sunday after the [Interlagos] race, it was fun… but then I felt so bad the next morning I thought I had to go to the gym to get rid of [the feeling] and it all starts all over again.”